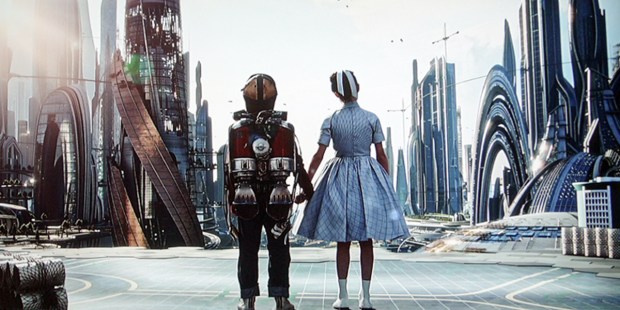 Like the recent ‘Jurassic Park: Fallen Kingdom,’ these earlier films show us lessons of fallen kingdoms and paradises lost.

If folks aren’t trying to sell off dinosaur embryos for profit, they’re trying to breed new, terrifying dinos that should never have existed. If their tiny, tasty humanoid creators aren’t playing God, they’re playing up their greed. And as we’ve seen in almost every Jurassic movie — including the most recent, Jurassic World: Fallen Kingdom — it never works out very well.

Christians are familiar with fallen kingdoms. Our own is fallen — fell before it even really began. Read Genesis or Milton’s Paradise Lost, and you’ll read all about our own untimely eviction from Eden (a place that, in my own imagination, would look a lot like Jurassic’s Isla Nublar). We’re fallen creatures who live in and, in many ways, have built a broken world. And we know that when we do anything apart from God, our own middling efforts are bound to fail.

‘Course, that doesn’t stop us from trying — either in our real world or in our myriad of fictional ones. Like Milton’s Satan, often we believe it’s better to reign in this brokenness than serve our Creator and let Him take the wheel. The Jurassic movies are far from the only flicks that showcase the cost of our own hubris — how our own attempts to create our own Edens invariably go awry. Let’s take a look at a few of them.

Well, it seemed like a good idea at the time. When an unnamed calamity (or series of calamities) lays waste to civilization, humanity rebuilds society on the premise that it’s best to do away with all manner of messes, from less-than-perfect babies to uncertain career paths to even strong emotion — love, hate, passion, righteous anger — itself. Only one person in a given community, called the Receiver of Memory, can access the joys, sorrows and literally colorful histories of those dangerous-but-glorious days. But when 16-year-old Jonas prepares to become the community’s new Receiver, he comes to understand that, as painful as those long-ago days were, losing those God-given emotions was an immeasurable loss.

The Giver, based on Lois Lowry’s classic 1993 novel, didn’t exactly set the cinematic world on fire, earning just about $67 million. But it boasts a powerhouse cast, including Oscar winners Jeff Bridges as The Giver and Meryl Streep as the Chief Elder. You can rent it on Amazon Prime and Vudu starting at $2.99, or buy it at iTunes for $9.99.