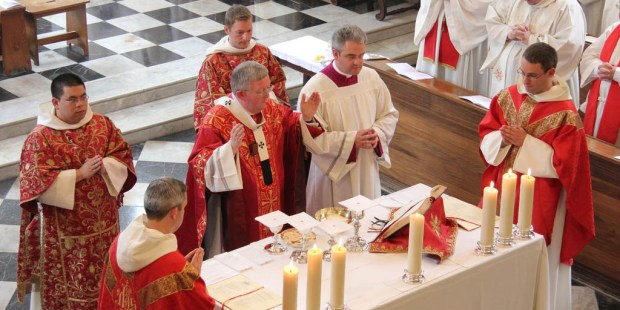 One charity collected nearly 20M euro this way. But the spiritual support could never be quantified.

In 2017, a Mass was celebrated every 21 seconds to support pastoral communities in difficulty. This is what the Foundation of Pontifical Right Aid to the Church in Need says in its annual report. About 1.5 million Masses. The association claims to have gathered just short of 20 million euros for Mass intentions.

Beyond economic aid, Mass intentions offer spiritual support. This unusual method of “fundraising” develops the communion of the Church and also contributes to the vitality of local communities. Although the celebration of the Eucharist has never been considered a lucrative act — it is not the lure of gain that guides the priest — offering money for the Holy Sacrifice helps to support parishes and dioceses, which are sometimes in dire need.

This form of charitable help usually goes hand-in-hand with support for the religious environment.

Eastern Christians, for example, saw their infrastructure ransacked. This happened especially in Iraq and Syria, where Christians weathered the wrath of the Islamic State organization. The Christian villages of the Nineveh plains have suffered great damage. Those who did not die under the jihadists between 2014 and 2016 had to flee. Today, Christians want to return to their homes, but the environment of these Christian communities sometimes needs to be completely rebuilt.

Churches, convents, parish centers, but also schools and homes … Many buildings, around which the faith life of these communities revolved, still need to be rebuilt. This is often the most important task that aid organizations undertake. By participating in rebuilding the places of worship, they allow the worship itself to come back to life.

Preserving and developing the Christian faith in these countries also means supporting the Church of tomorrow. As such, the Pontifical Foundation participates in the training of seminarians and religious. On the other hand, to help carry the Gospel message to places where worship is least developed, transportation assistance must also be thought out. Thus, ACN has offered cars, motorcycles, and bicycles as well as trucks — and boats for areas accessible only by sea.