Inside the royal baptism of little Prince Louis 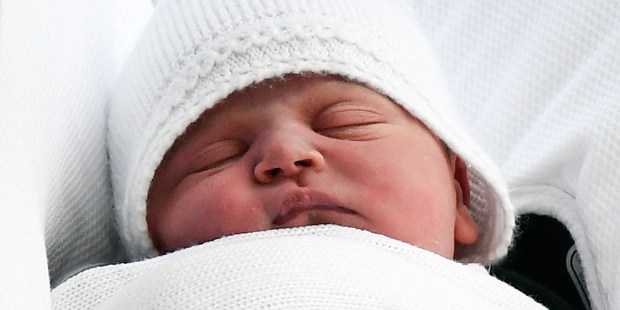 Here are 6 distinct differences between a royal baptism and the ones we’re used to celebrating.

Prince Louis, the youngest son of the Duke and Duchess of Cambridge, will be baptized Monday, July 9. Being a royal baptism, the two-month old prince will join the Church of England with a little more pomp and ceremony than usual. And while the occasion will take place behind closed doors in the Chapel Royal at St James’s Palace in London, we do know a few interesting facts about this special day:

The Chapel Royal dates back to the 1530s and was constructed under the orders of King Henry VIII. The Palace itself was built on the land of an old leper’s hospital that had been dedicated to St. James the Less, whereas the chapel was originally a convent that was rebuilt to serve as a Chapel Royal.

Interestingly, a Chapel Royal isn’t seen as a building but as an “establishment,” which the royal family’s website describes as “a body of priests and singers to serve the spiritual needs of the Sovereign.” This was particularly needed when the sovereign would be traveling around accompanied by their spiritual guides, before more permanent chapels were established.

#News The date and location for Prince Louis’ christening was just announced by the palace, “The Duke and Duchess of Cambridge are pleased to announce that the christening of Prince Louis will take place on Monday 9th July at The Chapel Royal, St James Palace, London. Prince Louis will be christened by The Archbishop of Canterbury, the Most Reverend Justin Welby.” This is such exciting news and I’m very much looking forward to the christening and see Louis again! 💕💕💕 #katemiddleton #duchessofcambridge #princewilliam #dukeofcambridge #princegeorge #princesscharlotte #princelouis #thecambridges #willandkate #stjamespalace #thechapelroyal #royalchristening #britishroyals #britishroyalfamily #thedukeandduchessofcambridge

Inside the chapel, with its vaulted ceiling in the style of St. Costanza in Rome, the Tudor king had commissioned the renowned artist Hans Holbien to use his skills in decorating the chapel in honor of his upcoming nuptials to the German princess, Anne of Cleves. Sadly, this fourth marriage of Henry VIII was doomed from the start when the king saw his bride for the first time and refused to consummate the union as he found her unappealing. Years later it is believed the heart of his first daughter, the devout Catholic, Mary I, from his first marriage to Catherine of Aragon, was buried under the chapel’s choir stalls.

Further changes to the chapel took place in 1836 with the addition of oak paneling in preparation for the much more successful marriage of Queen Victoria and her beloved Prince Albert. And while St. James’s Palace itself is more of an administrative center today, it is still home to a few senior royals who worship in the chapel along with members of the public. The chapel is still very much an important, and perhaps more intimate, venue for the royal family with Prince Louis’ big brother George being baptized there, and it was also where the coffin of Princess Diana rested before her funeral at Westminster Abbey.

Queen Elizabeth, her children, and all her grandchildren, with the exception of Princess Eugenie, were baptized in the exquisite Lily Font, a beautiful piece of the crown jewels brought especially to the venues of royal christenings. It was commissioned in 1840 by Queen Victoria and her husband Prince Albert for the baptism of their first child, Victoria, Princess Royal. Although it has the appearance of gold, it is in fact silver.

A crown jeweller from the tower of London displays the lily font used in the christening 5 July 2015 . At the St Mary Magdalene Church, on the Sandringham Estate in Norfolk. . . Princess Charlotte was christened in the font that was commissioned for the baptism of Princess Victoria more than 170 years ago. . She was baptised in the Lily Font, which stands at 17 inches high, is made from silver, and is so valuable it is usually kept alongside the Crown Jewels in the Tower of London. . It was made on the orders of Queen Victoria and Prince Albert for the christening of their first daughter Princess Victoria in 1841 and has been used for every royal christening since, except one. . Princess Eugenie was christened at a public service at St Mary Magdalene church at Sandringham in December 1990. . It was crafted by silversmiths EJ and W Barnard out of silver gilt, the edge of the fluted bowl is decorated with sprays of flowers and ivy and the scrolled sides of the high base feature three large cherubs playing lyres. . It also features the royal arms of Queen Victoria and the joint royal arms of Victoria and Prince Albert – Princess Charlotte's great-great-great-great-great-grandparents, who were married in the Chapel Royal in 1840. . . . #Christening #CofE #ChurchofEngland #Princess #PrincessCharlotte #PrincessCharlotteofCambridge #CharlotteElizabethDiana #HouseofWindsor #Royal #RoyalFamily #Royalty #Monarchy #BritishMonarchy #StMaryMagdaleneChurch #ChristeningSpecial2015 #Silver #ewer #LilyFont #Font

Reflecting the baptism of Jesus by John the Baptist, royal babies are baptized using water from the River Jordan. When Prince Louis’ sister Charlotte was baptized in 2015, the water was flown in especially. However, with Prince Louis’ father, Prince William, just returning from his trip to the Middle East, he’ll hopefully have thought to bring some back with him!

Like many families, Prince Louis will be wearing a gown that’s been used by his siblings. However, this particular gown is an exact replica of the lace version worn by Queen Victoria’s firstborn back in 1841. The original had been used for all royal baptisms up until 2008 when it became too fragile.

Obviously being a royal means Prince Louis will be baptized by the Archbishop of Canterbury Justin Welby, whom you may have seen at the recent wedding of Prince Harry and Meghan Markle. As leader of the Church of England, the archbishop is picked by the Queen herself under the advisement of the prime minister.

Congratulations to the Duke and Duchess of Sussex! May God pour out his blessings upon you in your new life together. #royal #royalwedding #harryandmeghan #godislove #anglican #christian #wedding

While most of us carefully choose two godparents for our children, it is customary for royal babies to have a handful: Prince William has six, his son Prince George has seven, and his little sister Charlotte has five. that’s a lot of spiritual guidance!

Read more:
How to choose your child’s godparents