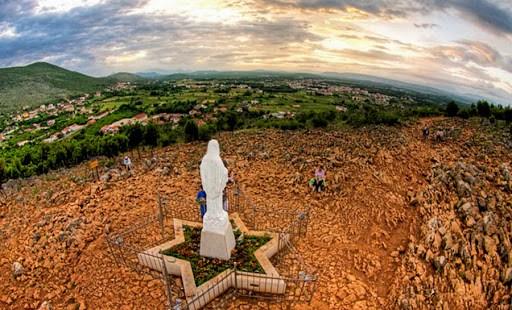 Archbishop Henryk Hoser, sent by the pope to look into the pastoral situation in Medjugorje, says that the location of supposed Marian apparitions has been infiltrated by “demonic actions” on the part of mafias, according to an article in Vatican Insider on July 10.

Reflecting in his homily on the battle between good and evil, Archbishop Hoser said that “malignant forces” are acting in the city in Herzegovina. The words he pronounced in Warsaw (Poland) last July 4 have been reported first by Polish Catholic media and then in Italy.

This is the literal translation of the entire relevant part of the homily:

“And we can see how malignant forces are mobilizing to muddy it all up. I’ll have to confront those forces in Medjugorje. There, where there are massive conversions, enormous multitudes who go to confession, where there are never enough confessors. In that place, there are also demonic actions that are doing everything possible to ruin that place.

“There, the mafias are already penetrating, not only through the flow of pilgrims, but also through their victims, who have to pay to be able to be there… mafia, like that from Naples, I’ve heard it’s already there, and another too. And therefore, as happened in Czestochowa [in Poland], when communism was in power, next to the main entrance to the shrine of Jasna Gora, there was an abortion clinic. A gynecological team which, above all, performed the interruption of pregnancies. This is the reality and we shouldn’t be ingenuous about it.”

After having been simply the special envoy of the pope in Medjugorje, the authority of the Polish archbishop as apostolic visitator were broadened last May 31. He was designated by the pope to continue a “pastoral” mission in Medjugorje—not to make a pronouncement about the veracity of the apparitions, but to ensure “stable and continuous accompaniment” for the 2.5 million annual pilgrims.

The Vatican has never made an official pronouncement regarding the possible supernatural character of the events: the Virgin Mary is supposed to have been appearing since June of 1981. For the moment, only private pilgrimages to Medjugorje are authorized.