The secret to dealing with passive-aggressive people 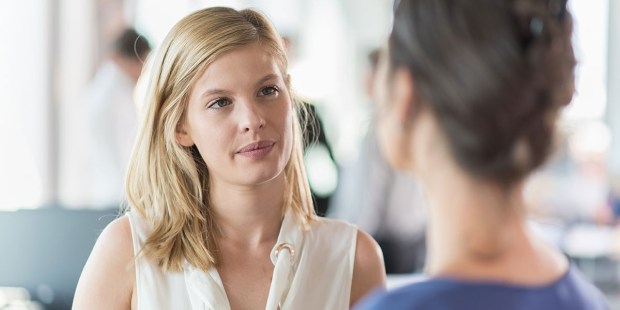 People like this are often frustrating and frequently inscrutable — so focus on your own actions.

Whether it’s in your social network or in your office, you’re bound to encounter passive-aggressive people from time to time. They can be frustrating to deal with, particularly because you never really know what their motivations are — or even what they want.

It’s not that these are bad people, it’s more that they’ve never developed the emotional capacity to handle confrontation. But they also don’t just roll over and give up — they try and stick up for themselves while avoiding conflict, which can lead to some pretty confusing (and frustrating) interactions.

Lucky for you, you’re not a therapist (unless you are) and you don’t — and shouldn’t — have to try and change their behavior. But what you should do is utilize some strategies to draw boundaries and prevent yourself from getting drawn into an endless cycle of passive-aggressiveness.

According to Ladders, the most important thing to do with passive-aggressive people is the opposite of what they do: be direct.

Do what they can’t: be direct about what you want. Otherwise, we now have two passive-aggressives dealing with one another. And while that might make a fantastic SNL sketch, it’s not something you want to be a part of. (You’ll lose. They have a lot more practice at this than you do.)

So be direct about what is expected and let contingencies do the work … Pay attention to actions, not words. You cannot control their behavior but you can control your response.

In college, I worked with a girl at Starbucks who was a queen of passive-aggressiveness. She’d be friendly one minute and silent the next, helpful one day and surly the next. I could never figure out what it was that flipped her switch until a coworker let on that she didn’t like it when I took over making drinks if there weren’t many people in the store.

“She likes being the barista,” he told me one day in a low voice. “If she takes an order and there isn’t a line, she gets offended when someone else starts making the drink because she thinks she makes them better.”

Ohhhhh. Suddenly it all made sense. All those times I’d been trying to help her out by making drinks as customers ordered them, she saw it as me cutting in on her mad coffee-making skills.

Yeah it was pretty silly, but she was a nice enough girl and I had to work with her every day. Still, I wasn’t about to just stop making drinks. Instead, I started asking her directly if she’d like me to start the drink order she was taking.

This is where the passive-aggressiveness kicked into high gear. Her response was always the same: “If you want to, sure.”

Of course, she didn’t want me to. But her response put me in the awkward position of either making the drink (and making her mad) or choosing not to make a drink in front of a customer. The former was awkward, the latter unthinkable. So I just continued to ask, and continued to make the drinks.

It wasn’t long before she stopped speaking to me entirely, and soon after requested a transfer to another store. It wasn’t an ideal situation, but once I knew what her motivation was and why she was upset, it didn’t bother me anymore — because I knew it was unreasonable and not my fault.

This is an important thing to remember when it comes to passive-aggressive people. Their motivations might be figured out eventually, but the way they deal with those motivations are usually unreasonable and almost always not your responsibility. The best thing you can do is be direct, be kind, and keep doing what’s right. Remember, you can’t control others’ actions or attitudes — you can only control your own.

Read more:
6 Ways to be more assertive without being rude