Meet the man who holds the keys to the Vatican 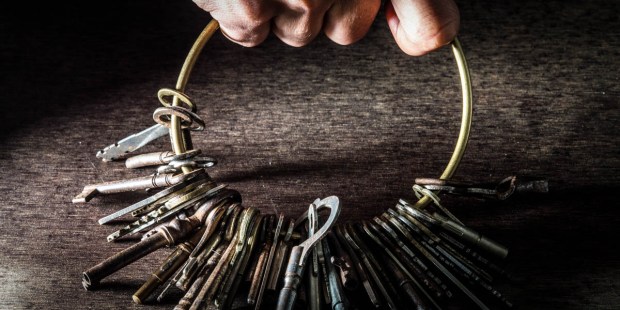 Gianni Crea is the keeper of the 2,797 keys that open doors to the inheritance of two millennia of Catholicism.

Gianni Crea was born in Rome 45 years ago. Every morning, at sunrise, he walks into the room where the 2,797 keys to the Vatican Museums are stored. Some of those keys are as old as the doors they open: two, three, four centuries old. One of those is the key to the Sistine Chapel. Every morning, as Crea walks in, he kneels under Michaelangelo’s immortal frescoes, says a brief prayer and acknowledges he’s been lucky.

“I’m privileged, I know. And I know I have to be worthy of such privilege.” he said. He’s responsible for opening and closing all the doors and windows in the Vatican Museums; 500, in total.

Twenty years ago, as reported in La Reppublica, the pastor of the church Crea regularly attended asked him if he wanted to work in St. Peter’s Basilica as an auxiliary guardian. In exchange, they would pay for his studies.

It was an offer he simply couldn’t refuse. But as he was attending law school, dreaming of becoming a magistrate, he was also making his career as a full-time custodian in the Vatican. He was punctual, discreet and serious: the three main qualities required to work in the very heart of Christianity.

When Antonio Paolucci, who was then the director of the Vatican Museums, appointed him head of the key keepers, he told him “Now you have in your hands, symbolically, the keys to the doors of Paradise.” That responsibility includes making sure nobody stays in after the Museums close. He still remembers the day all the alarms went crazy because a sparrow managed to find its way into one of the halls.

Crea is also the heir to the keys of the Marshal of the Conclave who, until 1966, was the official delegated to seal the doors around the Sistine Chapel when the cardinals gathered to elect the new Pontiff. But this is not the only valuable key on Crea’s keychain: he also keeps “key number one,” the one that opens the monumental doorway on Viale Vaticano, the way out of the Vatican Museums. The one that opens the front doors, “key 401,” weighs a pound. But it’s not heavy: it’s “my privilege,” as he says.

If you want to read the original article (in Italian) as published by La Reppublica, click here.