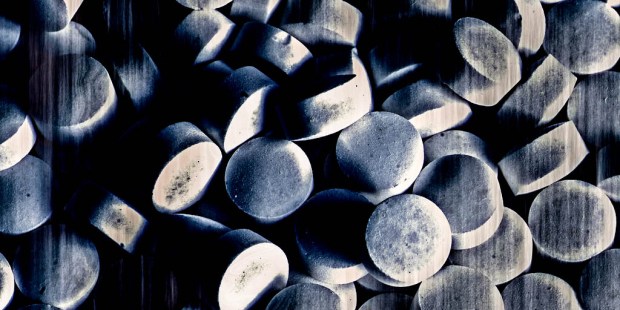 Analgesics help ease pain, but one particular category of painkillers has created a true national emergency in North America: namely, opioid analgesics. Just to give an idea: during 2014, more than 240 million opioid prescriptions were filled in the United States—enough to guarantee a bottle of pills to every single adult American citizen, according to calculations by the Health and Human Services Department (HHS).

Although pharmaceutical companies reassured the public and health authorities in the 90s that there was no serious risk of dependence caused by opioid-based painkillers, the contrary is unfortunately the case: these molecules create dramatic and dangerous, even lethal, addictions.

All you have to do is look at some of the statistics of the current opioid crisis in the USA, which has reached epidemic proportions, to the point that the media are already speaking of an “opidemic.“

The data for 2016, made public by the HHS, are undeniably shocking. During 2016, 42,249 people died as the result of an opioid overdose (that’s 116 per day and nearly 5 per hour). This statistic represents an increase of 28 percent—nearly a third—compared to 2015.

While 17,087 deaths were due to an overdose of commonly prescribed opioids, 19,413 were due to the abuse of synthetic opioids other than methadone, reveals the HHS website.

During 2016, 11.5 million Americans misused prescription opioids, 2.1 million of them for the first time. An equivalent number of 2.1 million had an opioid abuse disorder.

The number of Americans who consumed heroin was 948,000, of which 170,000 did so for the first time. The consumption of this drug, produced from the resin of the opium poppy, Papaver somniferum, caused 15,469 deaths by overdose in 2016.

The total number of deaths by overdose in the USA reached 64,000 during 2016. This sad, historic record surpasses the number of deaths caused by traffic accidents in the same year, and even that of the Americans fallen during the Vietnam War, 58,318.

Uses and limits of naloxone

While Donald Trump on October 26 defined the crisis as a “human tragedy” and a “national shame,” the situation has become so critical that the Salt Lake City, Utah, Fire Department has decided to hand out naloxone kits to people at risk of overdose from heroin or opioids. However, the famous anti-overdose drug, also known under the brand name Narcan, has serious limitations.

Indeed, as the New York Times reports, the drug is often useless for dealing with an overdose of fentanyl (a synthetic opioid painkiller much more potent than morphine) and carfentanil (a substance also used to sedate elephants, because it is 100 times stronger than fentanyl and 5 thousand times stronger than heroin).

The chief investigator at the county coroner’s office in Warren County in Ohio, Doyle Burke, is quoted in the New York Times article as comparing the effect of naloxone in the battle against these overdoses to using “a squirt gun in a house fire.”

The impact of the crisis

The opioid crisis cost the USA $504 billion in 2015. This statistic, made public in November 2017 by the Council of Economic Advisors (the White House’s team of economic experts), is six times greater than thought until then. A private study from 2016 hypothesizes that in 2013 the cost was $78.5 billion.

According to a study by the American Action Forum, published last March, the opioid epidemic forced nearly a million working-age Americans (919,400) to leave the workforce. Regarding the period from 1999 to 2015, the study says, “the decline in labor force participation cumulatively cost the economy 12.1 billion work hours” and “slowed the real annual economic growth rate by 0.2 percentage points, cumulatively costing $702.1 billion in real output.”

The opioid tragedy impacts numerous states and regions in the USA, including West Virginia. “The highest per capita overdose rate and the highest per capita death rate in the country for opiates is right here,” said Mike Stuart, U.S. attorney for the Southern District of West Virginia, to the Washington Post. He called the city of Huntington “ground zero,” the epicenter of the emergency.

Last year, the homicide rate in Huntington increased by 76 percent as compared with 2016, said Stuart, who added that during the same period the rate of aggravated assault grew by 28 percent, and the number of rapes, by 24 percent. “There’s barely a family in West Virginia that has not been affected,” Stuart concludes.

The emergency is also hitting hard in North Carolina, where every day nearly four people lose their lives due to a drug overdose. “For every 100,000 North Carolinians, there are 91,000 prescriptions for narcotics,” reports an article in Campbell University Magazine, and a third of those drugs will end up in the wrong hands.

Out of the 20 cities in the USA with the greatest opioid abuse problems, four are in North Carolina. One of these four cities, Wilmington, is in first place. The other cities are Hickory (5th place), Jacksonville (12th), and Fayetteville (18th).

Alarmed by the proportions of the emergency, the Catholic Conference of Bishops of Michigan — the Michigan Catholic Conference (MCC) —dedicated an issue of their Focus newsletter last year to the opioid crisis, which is also affecting that midwestern state. “While there are patients that genuinely benefit from this type of pain medication, steps must be taken to prevent its abuse, especially among children,” the bishops urge.

In its brief dossier, the MCC offers some worrying statistics. In the period from 2000 to 2011, the number of hospitalizations related to the consumption of opioids increased from 9,157 to 20,191 in Michigan—an increase of 120 percent, as pointed out by a statistic provided by the state government—and according to the Michigan Health and Hospital Service Corporation, in 2014 as many as 815 newborn children were born with Neonatal Abstinence Syndrome, due to the fact that their mothers were using opioids or heroin.

“Addiction touches people of all backgrounds and races: rich or poor; man or woman; young, middle-aged, or elderly. Each has his or her own unique story, and ‘must be valued and appreciated … to be healed,'” wrote the bishops, quoting a discourse by Pope Francis given in November 2016 to the participants in an encounter organized by the Pontifical Academy of Sciences on the topic “Narcotics: Problems and Solutions of this Global Issue.”

Meanwhile, the authorities are taking the first steps to halt this tragedy. As Caleb Alexander, co-director of Johns Hopkins Center for Drug Safety in Baltimore, Maryland, explained in an interview with CNBC, some progress has been made in reducing the over-prescribing of opioid analgesics for pain therapy, one of the “primary drivers” of the current emergency.

According to Alexander, who spoke of “stunning” statistics and said that addiction is “a treatable condition” like any other disease, in recent years there have been “modest declines” in sales of prescription opioids, although the volume of opioids prescribed in the USA continues to be much higher than in the rest of the world. According to some estimates, the USA consumes 80 percent of the world supply.

According to information made public last January by the House Energy and Commerce Committee, some distributors of the drug have practically flooded some small West Virginia communities with opioids.

From 2006 to 2016, for example, the distributors sent nearly 20.8 million hydrocone and oxycodone pills—both of which are opioids—to just two pharmacies located in Williamson, a town with barely more than 3,000 inhabitants in West Virginia.

Also unbelievable is the quantity of opioids rained down upon Kermit, West Virginia. From 2005 to 2011, distributor Miami-Luken, headquartered in Ohio, sent 6,324,000 hydrocone and oxydodone pills to the town, which has just two pharmacies and merely 400 inhabitants. Just in the year 2008, the same company sent nearly 2.3 billion pills of the two drugs to Kermit—that is to say, more than 5,600 pills per inhabitant. These statistics show once again how dramatic this opioid emergency truly is.