The 17th-century church built by Jesuits in Agra, India

The church was at one time the heart of a thriving Armenian Christian community.

Think of Agra and the picture of the majestic Taj Mahal, built in 1632 by Mughal emperor Shah Jahan in honor of his wife Mumtaz Mahal, comes to mind. But right during the golden years of Mughal architecture, Agra was also home to the first Catholic church in Northern India.

In the late 1500s, Emperor Akbar invited Jesuits priests to travel to Agra from Goa, where they were based, so he might learn more about Christianity. After understanding the basic precepts of the religion, the emperor gave the Jesuits land to build a Catholic church not too far from his palace.

Akbar’s church was built in 1598 and shortly became the core of a thriving Armenian Christian community, composed of bankers, merchants and jewelers living in Agra.

It is said that during the early days of the church a few Mughal emperors, especially Jahangir, came to pray here often. In 1610 three princesses, nephews of the Emperor Jahangir, were baptized here by Jesuits fathers. 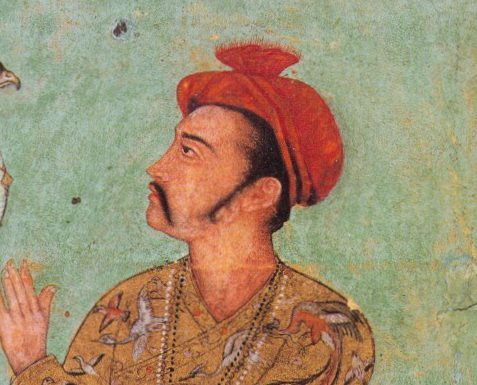 In 1632 Emperor Shah Jahan defeated the Portuguese colonists, arrested 4,000 prisoners and persecuted Jesuit Fathers. By 1635, he released the Jesuits on the condition that they would take down their church, which they did. But a year later, the moody ruler allowed the church to be reconstructed with the same material that was used in the original building. It was in this rebuilt church that the first official Mass was celebrated on September 8, 1636. But peaceful times did not last for long.

When Afghan ruler Ahmad Shah Abdali invaded Agra in 1758, the church was sacked by Afghan soldiers. But thanks to the patronage of European mercenary Walter Reinhardt Sombre, it was fully rebuilt by 1781, hosting the baptism of Sombre’s wife.

Over the next two hundred years it became a hotspot for Catholic life in this part of India, with local Bishop Borghi receiving a visit from the French order of Jesus and Mary—a Catholic congregation of women dedicated to the education and service of the poor—in 1842.

Today, Akbar’s church no longer plays a pivotal role for the local Catholic community due to the presence of the much larger Church of Immaculate Conception, Agra’s main cathedral, but it still stands as a testament to the centennial history of Catholicism in Northern India.