6 Lessons I’ve learned in the confessional 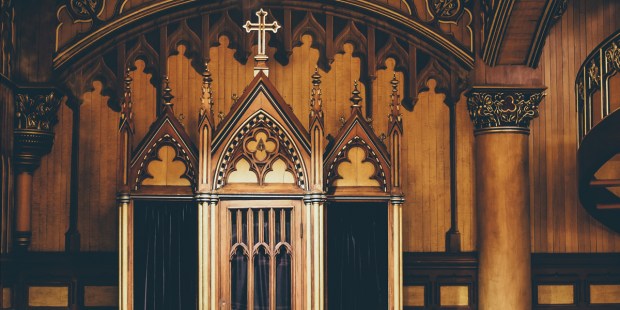 Jesus does different things through different priests … but it’s always Him.

Pope Francis has made it his mission to try to coax people back to confession.

“There are people who are afraid to go to confession, forgetting that they will not encounter a severe judge there, but the immensely merciful Father,” he’s said.

In my own trips to confession, I have learned that — and more.

I learned to take some sins more seriously.

I once wrote about the priest who heard my first confession in college after many years away. Five years later, when I was engaged to be married, I was back in the same confessional with the same priest. I went through a rote list of sins including, “I held a grudge against my fiancé for about a week,” and then moved on to “Also, I didn’t help my roommates out around the house as much as I should.”

The priest spoke sharply to me for the first time in five years.

“I didn’t help my roommates around the house enough?” I said.

“You didn’t forgive your fiancé! Son, you are going to be married soon. You had better get your moral life in order!”

I was a little stung by the comment, but the more I thought about it — and I thought about it a lot, for weeks, and then years — the more sense it made. There I was, looking for forgiveness and not willing to give it. Jesus himself warned against that.

I learned to take some sins less seriously.

A caring priest in the confessional can be a great blessing. But sometimes an unconcerned priest can be a blessing, too.

Once, when I was working in San Francisco’s financial district, a sin I no longer remember weighed heavily on my soul, and I was convinced it was a terrible thing. I think I even refrained from receiving Communion over it. I went to the French parish by Chinatown and shudderingly unburdened my soul.

“That’s it?” said the priest, nonplussed.

“Yes?” I said, already realizing how underwhelming the sin was.

“Well, this kind of thing happens,” he said, assigning me a Hail Mary and then hurrying through absolution.

His indifference was a balm to my soul, convincing me that my sin had been no big deal after all.

I learned that you can’t negotiate with sin.

I once confessed to a great priest in New Haven, Connecticut. I had looked where I shouldn’t on the internet, but my rationalization made perfect sense to me. It was related to a news story, I was a journalist, and it was my duty to know what I was writing about.

I mentioned it in confession, then hurried on to, “Also, I didn’t help around the house enough …”

“Wait, let’s talk more about that,” he said.

“About not helping around the house?” I asked.

The priest then subjected me to a cross examination that revealed that my rationalizations were weak and self-deceptive. I did not, in fact, need to see first-hand the darkest part of the story I was covering.

“You can’t play games with Almighty God,” he told me. Those words have come back to interrupt my rationalizations many times since.

I learned that priests are sometimes willing to negotiate.

My desk is a perfect illustration of the second law of thermodynamics — that disorder increases over time unless order intervenes.

I know the only sins I must confess are the grave ones, but I felt bad enough about my desk to confess its messiness once to a parish priest in Washington, D.C.

“For your penance,” he said, “I want you to clean your desk.”

I balked. “Um, Father, I don’t think I am capable of that,” I said. “Could I get a different penance?”

The priest relented, but I learned that I needed to be actually repentant about sins I confess, and not just use the confessional to alleviate the guilt while keeping the sin.

I also learned that some priests won’t negotiate.

Actually, I learned this through a college friend’s experience. Let’s call him Doug. Doug was going to confession way too often. I try to go monthly — he was going more than once a week.

The priest strongly recommended he come less often, but Doug kept coming. Finally, the priest got fed up, and had a great idea: He started giving Doug 10 push-ups as penance every time he came to confession.

Doug hated physical exercise and begged for 10 Hail Marys instead. “No. Push-ups,” said the priest.

Doug decided to stop going to confession quite so often.

I learned that you don’t need to “feel forgiven,” either.

I once confessed a sin that continued to bother me after I confessed it. So I brought it up in confession again, explaining, “I don’t think I said this right the last time.”

The priest said, “That’s already forgiven. Don’t doubt God. Get over it.”

One of my favorite confessional stories makes this point powerfully. It happened after Jesus appeared to Margaret Mary and told her to establish devotion to the Sacred Heart.

Her confessor wanted to make sure Jesus was really appearing to her, so he said, “Next time our Lord appears to you, ask him to tell you the last mortal sin I confessed.”

She did, and when she returned to confession, he asked her what Jesus answered. “He said, ‘I don’t remember,’” she told him. He had forgiven and forgotten it.

And with that, the confessor knew that she had really seen Jesus.

That kind of total forgiveness is an experience every one of us has in the confessional.