Can a priest be forced to betray the seal of the confessional? 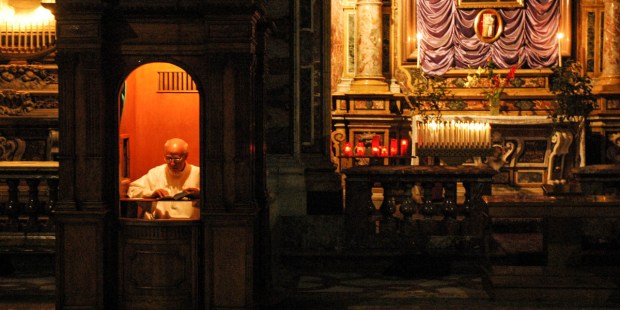 The sophisticated technological growth of the media allows for more violations of fundamental private life.

“There is a case in which custody of secrecy has proved particularly effective. I speak of the secret of confession, the secrecy that the confessor keeps regarding the sins that have been confessed to him. Obviously, it is a fundamental value in the Catholic Church, instilled with such force in consciences that it has remained one of the most respected norms.”

The above is part of the small essay “Segreti e no” (“What is secret and what is not,” 2017) by Claudio Magris (b. 1939), a writer from Trieste in northwestern Italy, who has often been a candidate for the Nobel Prize. He adds: “There have been priests who have violated various commandments, but very few priests have revealed the secret of confession” (pages 43 and 44).

And the guilt of the sinner before God?

This “success story” in the history of humanity that Magris outlined has a theological foundation: the seal or secret of conscience as well as the relationship with God of the person who confesses. And it is an example, continues the Italian writer, “of the most lively concern to protect the secret not as an ineffable mystery, but as a defense of the dignity of the person and of their intimacy, of their inner truth.”

All this is of no importance to the Australian legislatures who have approved a law that orders Catholic priests to violate the secret of confession in cases of crimes of sexual abuse of minors and other crimes they learn of in the confessional, without taking into account the sacredness of the sacrament of confession and the theology of the seal of confession.

The Australian Confraternity of the Catholic Clergy (ACCC) has objected to this regulation that could force us to go back on one of the fundamental pillars of the sacramental life of the Catholic Church. Moreover, it would be tantamount to declaring a human law — approved in the legislatures of the Australian Capital Territory, South Australia and Tasmania — superior to divine law.

“Given that the nature of sin involves the sinner’s guilt before God, and absolution entrusted by Christ to the priest who must make a judgment as to the sinner’s genuineness of repentance, the seal of the sacrament applies to the penitent’s personal relationship in conscience with God, and as such is not merely a matter of canon law, but of Divine Law, from which the Church has no power to dispense,” says the ACCC communiqué.

It adds that “no priest is bound to keep any human law that attempts to undermine the absolute confidentiality of confession.” Later, in its communiqué, the Confraternity stressed that priests cannot and will not comply with a law of this nature, which is also inspired by a “radically inadequate understanding of the Sacrament.”

Think the worst of people, and you’ll be right?

Obviously, behind this rule is concealed the interpretative presumption that the sacrament of confession is motivated by a supposed culture of hiding and concealment, a tool that the Catholic Church has used both to “cover up” for its members who commit this type of crime and to take advantage of the penitents.

The ACCC detailed some of the practical obstacles to the alleged mandatory reporting. The first is the protection of the anonymity of penitents through the screen of the confessional, which prevents a confessor from recognizing with certainty the face of the penitent.

In addition, penitents are not required to confess specific details of sins beyond the type of fault committed and the number of times, if there is a repeat offense. The absence of information such as the details of place and time, and the names of those involved, would not allow for identification in any legal case.

The Fellowship recalled the strong desire of Australian priests for greater protection of children and vulnerable adults and the prosecution of those who have committed this type of crime. However, it warned that “these laws do neither, and, in addition, create a precedent in Australia for the violation of religious freedom by the overreaching of the state into the domain of the sacred.”

When—as Magris says (pages 44-45)—”the sophisticated technological growth of the media allows more and more disturbing violations of the fundamental private life, in a spiral of global communication that becomes the expropriation of the person, voyeurism disguised as science, social research, political denunciation, and pseudo-cultural gossip,” Australian lawmakers want to end one of the tiny cracks left for modern man to unburden his conscience, obtain forgiveness, and subject himself to the divine law.