How paying attention to details changes your brain — and your life 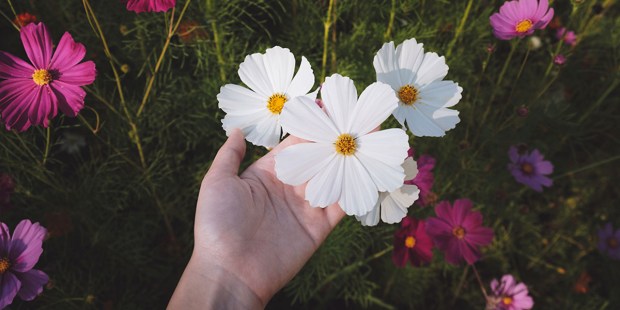 Teaching your children to do this can help them see the world differently.

We were reading Little Red Riding Hood, but I was changing the words. Those weren’t just flowers that Red was picking, those were primroses! The illustrator clearly knew that, even if the author didn’t bother to say. My son asked, “What about those?”

“Those are daisies — and those are tulips. And look! There are some sparrows in the tree watching her, and a little goldfinch too!”

I promise I wasn’t just being pedantic. I am trying, see, to give his brain a very specific superpower: the ability to see things that are invisible. Learning the names of the objects around us literally affects our brain’s ability to see them.

I noticed this effect before I knew how it worked. I had started working in a greenhouse, surrounded by hundreds of varieties of plants, with a convenient name tag in each. Before the summer was over, I wasn’t seeing purple flowers and white flowers; I was seeing catmint, russian sage, bergamot, verbena. And now that they had names, my brain lingered on them a billionth of a second longer — suddenly, flowers were leaping into my awareness from every direction. How had I not noticed this before? I wondered.

I did some googling, and found a study confirming that my brain really had changed. It turns out that when you give your brain a word for something (like saying “chickadee” instead of “bird”), your brain sees the thing in a new way. The new label “propel[s] an otherwise invisible image into awareness.” It makes sense. Your brain has to take in so much information that it can’t possibly linger on all of it, so you might technically see the chickadee, it may as well be invisible, if you don’t notice it. The more specific your language, the better you notice your world.

It’s such a simple thing, and it made such a big difference in the way I see my world, that I picked a few things to focus on for the summer — birds, clouds, and seashells, for me. But anything goes.

A lot of my brothers have unintentionally done this with cars. They cared enough to learn, and now they see the make and model, where all I can see is “big car, red car.” Great chefs have a word for every flavor. Perfumists can identify infinitely more scents than I can. Fashionistas can spot details of a garment that I actually can’t see. I mean, I can see them, but there’s no way my mind would focus on that long enough to register it. When we apply this principle to the emotions, we call it emotional intelligence, and it changes lives.

It even works with concepts as simple as color. English speakers have one term for the color blue, but the Russians differentiate light and dark blue as two different colors (“goluboy” and “siniy,” respectively). The result, scientists found, is that Russian speakers can tell their blue shades apart much faster and more accurately than we can. Their more specific language means they see the world differently.

Whatever you already love, you have the power to really bring it to the forefront of your consciousness; all you have to do is give your brain the language to differentiate between things you’d previously lumped into one category. It’s a very real, very easy way to make your world richer and more vivid. And honestly, it’s an absolute delight. I feel like my world is coming alive around me.

So yeah, I’m the somewhat pedantic mother who changes the words to her kid’s storybooks, but the other day I was vindicated. My three-year-old leaped to the window and shouted, “Look Mama! I see a tufted titmouse! That’s your favorite bird!” It wasn’t a titmouse, but he was close … and he was right; they’re my favorite. But just the fact that he noticed the little gray crested fellow hopping around the yard showed me that his world is becoming as vivid as I’ve been hoping. And that’s my favorite thing of all.

Read more:
The Devil in the Details of Everyday Life