Is the blood on the Shroud falsified? Study says yes, but expert points out problems with research 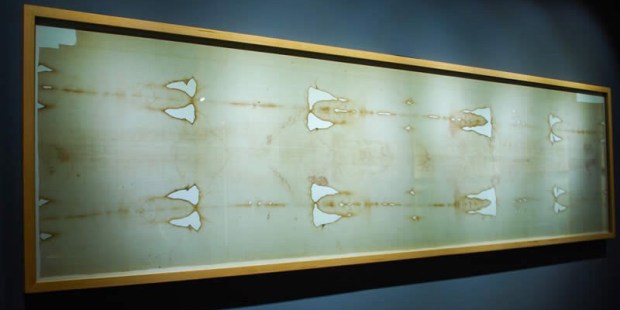 Bruno Barberis, an expert on the Holy Shroud of Turin, refutes the study by Borrini and Garlaschelli

Only a few of the bloodstains on the Shroud of Turin are compatible with the position of a crucified man; the rest—at least half—are supposedly false.

Such are the claims of a new study on the Holy Shroud. The researches propose that practically speaking, many of the stains are purportedly unjustified by any position of the body, whether on the cross or in the tomb.

The study was published in the Journal of Forensic Sciences, based on an experiment which reconstructed the formation of the stains using techniques of forensic medicine. The study was carried out by Matteo Borrini, of the University of Liverpool, and Luigi Garlaschelli, of CICAP (the Italian Committee for the Analysis of Affirmations of Pseudoscience).

“Working from a full scale photograph, in very high resolution,” Borrini, a forensic anthropologist, explained to Adnkronos (July 16), “through analysis of the blood trails, just as is done at crime scenes, we’ve sought to verify how they could be formed, based on the incontrovertible laws of physics.”

Borrini and Garlaschelli’s analysis didn’t skimp on the techniques typical of crime scenes, using real and fake blood. “The only compatible hypothesis,” Borrini explains,” is that the arms were stretched high up, in a position greater than 45 degrees. It’s a plausible position, thinking for example of Mantegna’s ‘Crucifixion.’”

In order to reproduce the bleeding of the hands, the experts attached a blood bag with a tube. In this way, the flow of blood on the wrist, according to Borrini, showed a different orientation compared to that of the forearms, which isn’t possible on a cross (La Stampa, July 16).

Read more:
This 3D “carbon copy” of Jesus was created using the Shroud of Turin

However, Bruno Barberis, coordinator of the Scientific Committee of the International Center of Syndonology in Turin, explained to Aleteia that “the technique used [by the researchers] isn’t recognized scientifically, and in the United States of America, it has caused various judicial errors. Studying the behavior of the blood means knowing its characteristics. In addition, in the case of the Shroud, we must take into consideration the peculiarities of the cloth on which the body is lying. Consequently, there are many variables to consider.”

More specifically, “reproducing the characteristics of the blood of the Shroud, in those specific conditions, isn’t possible in a laboratory on another body or on a dummy. They didn’t know the (blood) pressure at the moment the body was transported, nor its viscosity, etc. In the video of the experiment, you can see, for example, a very fast flow of blood, but a crucified man, who is surely dehydrated, has a distinctly higher blood viscosity.”

“Then,” Barberis continues, “there’s the cloth, as I said, which had folds, a certain elasticity during the transportation of the body which at the time inevitably changed through use. We aren’t even certain about the original position of the body, nor do we know if it was shifted or moved.”

Therefore, the reconstruction carried out by Borrini and Garlaschelli is “arbitrary,” asserts Barberis.

“This study, in my opinion, should absolutely not be taken into account, because it doesn’t consider the dynamic interactions between the cadaver and the cloth. Interactions which were highly variable,” he said.

Read more:
Pope Francis: The Value of the Holy Shroud