What does it mean that Jesus was moved with pity? What do we make him feel? 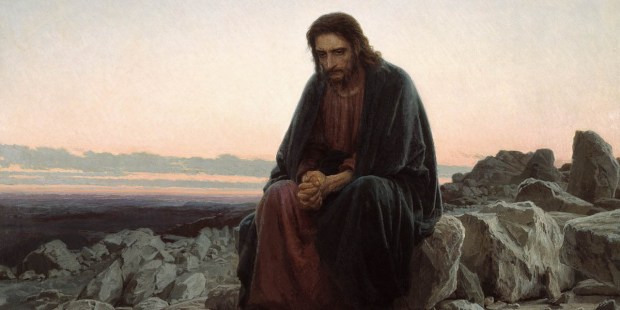 The Greek tells us a lot more than our English word.

When he disembarked and saw the vast crowd,
his heart was moved with pity for them,
for they were like sheep without a shepherd;
and he began to teach them many things.

Of the four canonical gospels, Mark is both the oldest and the shortest. There is an urgency in Mark’s account of the life and ministry of Jesus and he doesn’t spend any more time or words than are necessary to move the story along. And so, this means that when we read Mark’s Gospel, we must pay careful attention to the details he includes and to the words he uses.

In the portion of the Gospel we hear this Sunday, Mark tells us that Jesus and the Twelve have gone into the desert for a bit of a reprieve from the growing number of would-be followers and fans who have begun to flock to Jesus. The location is an important part of this story because, in the Scriptures, the desert isn’t only a place of solitude or escape. The desert was a reminder of the 40 years the People of Israel spent wandering after the Exodus, but it was also the place where God made a covenant with his people, claiming them as his own special possession. This was a place of temptation, but also a place of covenant and recommitment.

Mark tells us that the crowds weren’t deterred by Jesus’ journey into the desert. It would seem that they even knew where Jesus and the Twelve were headed, because the crowd arrived there ahead of them. And here, Mark gives us one of his most powerful statements about how Jesus saw himself in relation to these people he came to serve: he was moved with pity. Unfortunately, our English word “pity” doesn’t capture the energy of the original text. Mark, our careful author, uses the Greek word splanchnizomai to convey Jesus’ feelings, telling us that Jesus was “moved in his guts.” This wasn’t just sadness. This was a deep, intense emotional response to a crowd that he saw them as a flock of sheep in need of a shepherd. The crowd was looking for someone or something to follow, who could give them what they needed. This is, in fact, a sharp indictment of the religious leaders who were not fulfilling their mission to shepherd the people. This theme is brought out more clearly in the passage we hear from the Prophet Jeremiah in the First Reading:

Woe to the shepherds
who mislead and scatter the flock of my pasture…
I myself will gather the remnant of my flock,
from all the lands to which I have driven them
and bring them back to their meadow.

Jesus fulfills Jeremiah’s prophecy as he begins to teach the people, gathering together these sinners and seeker as a new flock. And, just as God made a covenant with the people of Israel in the desert, calling together the Chosen People, Jesus, the Good Shepherd, is gathering into a new flock those who were scattered by careless or ineffective religious leaders.

There are many people who are scattered in the deserts of our world today. Those who have been robbed of their dignity, who have been abandoned, those on the margins, or those who feel judged and rejected for any of a thousand reasons. But the lesson Jesus offers us in this Gospel reading is the same that he modeled for the Twelve that day in the desert: We are also to approach these scattered sheep with pity and compassion, with deep emotion and affection, and invite them into the flock of our Good Shepherd.

When have I felt disappointment or disillusionment because of religious leaders? To whom did I turn for guidance and comfort?

When have I met the Lord in the desert-moments of my life? What gifts have I received from God in those bleak and barren times?

Who are the people in my family, parish, and community I can reach out to, after the example of Jesus?

Words of Wisdom: “When Jesus saw the crowd harassed and dejected like sheep without a shepherd, he felt with them in the center of his being (Mt 9:36). When Jesus saw the blind, the paralyzed, and the deaf being brought to him from all directions, he trembled from within and experienced their pains in his own heart (Mt 14:14). When he noticed that the thousands who had followed him for days were tired and hungry, Jesus said, I am moved with compassion (Mk 8:2). And so it was with the two blind men who called after him (Mt 9:27), the leper who fell to his knees in front of him (Mk 1:41), and the widow of Nain who was burying her only son (Lk 7:13). They moved Jesus, they made him feel with all his intimate sensibilities the depth of their sorrow. He became lost with the lost, hungry with the hungry, and sick with the sick. In Jesus, all suffering was sensed with a perfect sensitivity.”—from Compassion: A Reflection on the Christian Life by Henri Nouwen, Donald P. McNeil, and Doulgas A. Morrison