8 Reasons to be grateful for Humanae Vitae, 50 years later 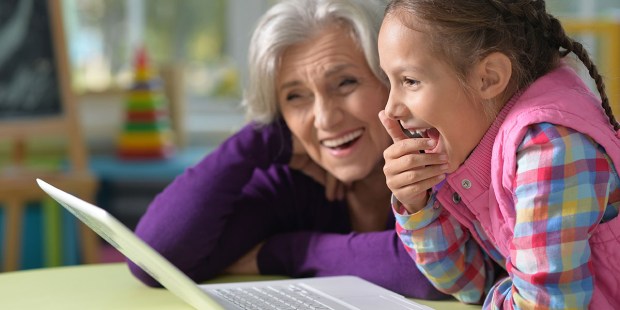 We bet you haven’t thought of ALL of these …

This year Pope Francis will canonize Blessed Paul VI in the 50th anniversary year of his encyclical Humanae Vitae, “on the regulation of birth.”

Canonization is the ultimate declaration that we should pay attention to someone’s life. Thus, we are given St. Paul VI in part, to reaffirm his teaching on openness to life.

At 50 years, it is clearer now than ever that we should be grateful for Humanae Vitae.

1: Be grateful that the Catholic Church was ahead of its time.

Savvy women with no religious motivation are increasingly deciding to stop taking the pill.

Why? Experience has taught them that contraception brings more trouble than it’s worth in at least nine ways, from personal pain to environmental degradation.

The Church knew all along it was a bad idea.

2: Be grateful for Humanae Vitae because it gave us Natural Family Planning.

After 1968, medically savvy Catholics re-invented Natural Family Planning, leaving behind the outdated and ineffective “rhythm method” of old and embracing a method that accurately reads the signs of fertility natural to a woman’s body.

The Church promotes the new method at the highest levels. Thankfully:

No wonder even non-Catholic women are embracing natural family planning.

3: We can be grateful for the witness of large families.

Children can never be judged by quantity — one is of infinite dignity, the same as 11 — and it is a myth to think you can judge anyone’s fidelity by their family size. But it is also true that Humanae Vitae has also led to more large Catholic families. Thankfully:

No wonder some of some of our favorite celebrities celebrate their large families, while we celebrate historic giants who came with a string of siblings.

4: Be grateful that Humanae Vitae provides a counter-witness to the culture’s disrespect for women.

While women have undeniably made greater strides in society than ever before — more education, more work opportunities and a better legal position — it is also undeniable that disrespect for women is greater than ever. You see it in the abuses that gave rise to the #MeToo movement, the campus hookup or “rape” culture, the rash of pornography and human trafficking, and in the pervasive use of women as objects in our entertainment and advertising.

Pope Paul VI warned that contraception would have the effect of hurting men’s respect for women, and he was right. Sex without consequences made sex inconsequential, and this badly backfired for women.

The Catholic Church, on the other hand, spotlights the unique contribution of women. Science shows that the “feminine genius” St. John Paul talked about is a real thing, which means it can really save the world — if only women embrace it.

After all, Catholic women already changed the Church and the world in the 20th century.

5: Be grateful that Humane Vitae led to a greater appreciation of the family.

Humanae Vitae sparked a whole movement in the Church to understand the family better. We now know how badly contraception hurts marriage. We also know why — and why it matters.

We learned that marriage only makes sense if it is geared toward procreation, and as such, marriage is built into our very bodies as men and women. But at the same time, marriage is a supernatural, not just a natural, institution. Marriage makes you more like Christ.

Ennobling marriage is important because the culture is losing the sense of marriage’s importance — and with less marriage, poverty increases and unmarried couples’ fragile families experience a host of problems. Social science is backing up the Church’s position by showing that the best way to be successful and have successful children is to get married and stay married.

6: Humanae Vitae gives us the one answer to our demographic crisis — more babies — and that answer is serving well our brothers and sisters south of the border.

The demographic crisis in the West is impossible to ignore. Far from having too many people, we have far too few. The same phenomenon that has crippled Japan’s economy will soon topple Europe’s and the United States is not far behind.

Already, today, India has five times as many Catholics as Ireland — and the Indian culture is ambitious and world-minded the way the Irish culture used to be. China took America’s spot as the world’s largest economy already — and by 2030 will have more churchgoers than America. The center of Christianity is shifting to the Southern Hemisphere, and so is economic growth.

7: We can be grateful for the pro-life witness of Humanae Vitae.

As author Mary Eberstadt pointed out, it is now “clear beyond a reasonable doubt that contraception also led to an increase in abortion.” Rates of out-of-wedlock births skyrocketed alongside contraceptive use — and so did abortion.

Contraception makes children in general unwanted, and makes certain specific children unwanted in a direct, personal way. This leads, too often, to abortion.

8: Finally, we can be grateful for Humanae Vitae because we are grateful for Cecilia, Olivia, Thomas, Dorothy, Benjamin, John Paul, Maria, Charlie and Anthony.

Those happen to be the nine people I am personally responsible for, and I don’t know which of them, if any, would exist if not for Humanae Vitae. And believe me, the world should be glad for every one of them. I do the world one better and am in awe of their incredible mother, too.

Humanae Vitae has given us an army of young Catholics who will surprise and delight us. Thank God.