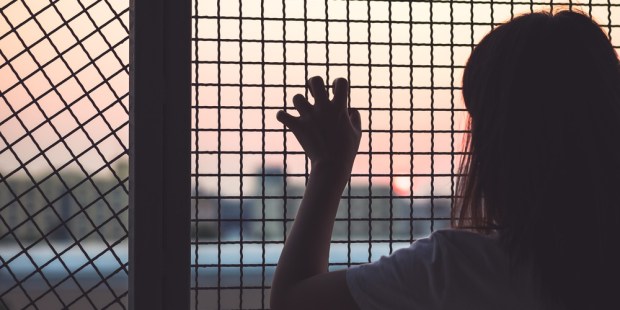 Despite the official abolition of slavery, the exploitation of human beings still has not ended.

Despite the official abolition of slavery, the exploitation of human beings still has not ended. This is the reality that the world is facing today, in the year 2018, and this is what Fr. Michael Czerny, S.J., undersecretary for the Dicastery for Integral Human Development’s section for Migrants and Refugees, has expressed in his text “Slavery Today: A view from Rome.” What is slavery today? Who’s responsible? What’s the pope’s perspective? What can we do to fight this phenomenon? These are the questions that the document seeks to answer.

First of all, Czerny points out that regardless of which era we were to discuss, slavery is a dehumanizing practice that treats people as objects to be bought, sold, and exploited as a work force.

The author also states that this document is the fruit of a meeting that Pope Francis had last February with the religious of the organization “Talitha Kum” (whose name means “little girl, arise,” the words spoken by Jesus when he resurrected a girl who had died), dedicated to fighting human trafficking and slavery. They visited the pope together with some young immigrants who had been victims of human trafficking.

Although we may not believe it, we all could be indirectly responsible. In Czerny’s view, there is a great deal of ignorance regarding the topic of human trafficking and slavery today. According to the author, in fact, sometimes there is a certain resistance to learning about it, because “it hits our conscience too close to home, and nobody likes to admit that there are new forms of slavery in their own city or neighborhood.” Nonetheless, it’s a reality. Specifically, he is referring to slavery related to the production of low-cost goods or services, organ trafficking, or sexual slavery.

In his reflection Czerny distinguishes three kinds of people responsible:

– Governments: They are responsible for guaranteeing that all citizens have their basic rights protected. It should be noted that organized crime finds hostages among the people with the fewest resources and the least hope for the future.

– Perpetrators and accomplices: In addition to those who directly practice slavery, there are those who do not do so directly, but who are in the chain of people who benefit from it or facilitate it, and therefore are accomplices, or could be considered intermediaries.

– Clients or final users: At the end of the production chain there are people who buy the products made by means of human trafficking and exploitation.

This reality is one of the pope’s great concerns. On many occasions he has denounced it, and the text includes some of the pope’s statements in which he has clearly expressed his position. “Human trafficking is a modern form of slavery, which violates the dignity that God has given every human being, and which constitutes a crime against those people,” Pope Francis said.

For the pope, the main cause of slavery and human trafficking is the “unscrupulous egoism of many hypocrites in our world.” Consequently, each and every one of us should be aware of the degree to which we contribute to this reality by, for example, consuming those low-cost goods and services.

One of the Sustainable Development Goals of the United Nations is precisely to conquer this slavery. For Czerny, the problem must be addressed holistically in order to combat it at each of the levels of responsibility.

Therefore, strong political commitment should be encouraged to conquer this reality coherently in both internal and external policies. This commitment should also guarantee the protection of the rights and safety of those who have been the victims of human trafficking, and of their families. Laws and policies should be created to stop the perpetrators of this crime from continuing their activity with complete impunity. “Nobody should have the last word about another person’s life,” the author emphasizes.

The purpose of this document is to sensitize humanity to this reality and warn against it, so that the entire world can contribute to overcoming it.