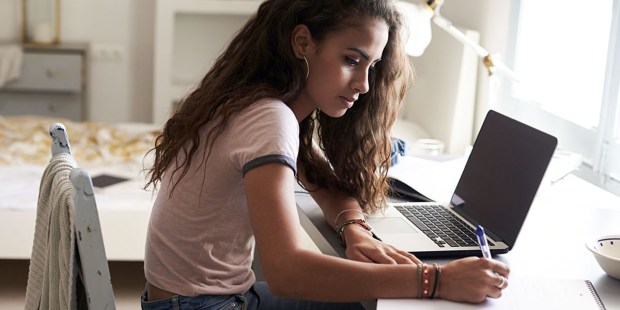 Generation Z is right behind the Millennials, and they’re proving to be a surprising group.

Right behind Millennials, Generation Z is growing up in surprising ways

For all the (mostly negative) buzz about Millennials these days, there’s not much being said about the generation right behind them, unofficially dubbed “Generation Z.”

You might expect this up-and-coming generation would be starting to get the same kind of flak as the Millennials — after all, these kids grew up with smartphones as teething toys and can text faster than they can talk.

But surprisingly, Generation Z is turning out to have a pretty solid grasp on the important things in life, according to a recent survey from the UK’s British Pregnancy Advisory Service. The survey found a sharp decline in teenage alcohol consumption and teenage sex — especially sex resulting in pregnancy.

Katherine O’Brien, the BPAS head of policy research, said the results of this comprehensive survey paint a picture of Gen Z as reliable, sensible, and mature beyond their years:

She said: “Our research reveals that this is a generation who are focused on their education, aware of economic challenges but determined to succeed regardless and many of whom enjoy time with their families as much as with partners and friends.

“They seem to place significant value on responsibility and maturity, particularly when it comes to alcohol consumption and sex.

“We believe that young people themselves are making different choices about the way they live their lives.”

I’ll be honest, I’m hardly surprised by this. Technology definitely has its pitfalls and repercussions, and many of them are severe. But there are undeniable goods that come along with significantly increased connectivity — things like raised awareness of the dangers of excessive drinking, and a greater understanding of the consequences of sex, including pregnancy.

Additionally, shows that popularize teen misbehavior (think Jersey Shore) have painted a picture of teenage irresponsibility and immaturity that is far from appealing. Most of the 16-year-olds I know strive to be the absolute opposite of those anti-role-models — AP classes are a point of pride, as is classical music training, physical fitness, good nutrition, and college planning.

Granted, a lot of credit goes to the parents of Gen Zers — remember them? Gen X, the dazed and confused pot-smoking unemployed aimless cynics? Yeah, they’re crushing this parenting thing. They’re raising kids who are smart, ambitious, mature, and driven.

So what’s the moral of the inter-generational warfare story? Basically, that people are a lot more complex than a quick list of characteristics or flaws. Generations can’t be boiled down to a stereotype, and we do a disservice when we play that game.

Let’s show Gen Z that the adults in the room are also mature — mature enough to stop with the finger-pointing generational blame game. After all, we’re all in this together.

Read more:
How to help bring out the best in your millennials