Cedars of Lebanon, a cultural treasure for an ancient land, face threats 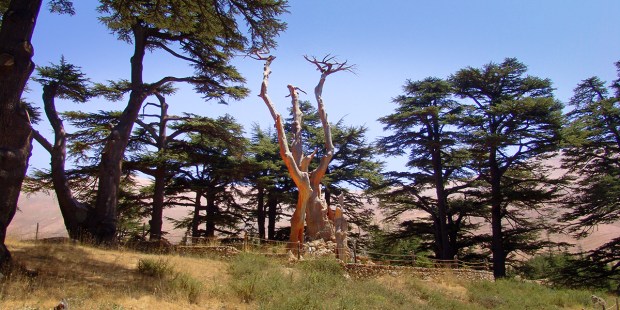 The “Cedars of Lebanon” is a well-known phrase to anyone familiar with the Bible. The trees were used in the temple built by King Solomon in Jerusalem, and provided a metaphor in psalms and other poetic scriptural passages.

For anyone living in an area where Lebanese immigration has made its mark on American society, “The Cedars” might be the name of a local catering hall, often affiliated with a Maronite church. And, of course, the image of a cedar adorns the flag of Lebanon, one of the few countries in the world that has a tree featured on its national ensign.

There’s even a state park in Tennessee named for the Cedars of Lebanon.

But now, the actual cedars of the Mediterranean country, which the Lebanese have regarded as a symbol of eternity, are disappearing. Some believe they face extinction, a consequence of climate change.

“After centuries of human depredation, the cedars of Lebanon face perhaps their most dangerous threat: Climate change could wipe out most of the country’s remaining cedar forests by the end of the century,” Anne Barnard, the New York Times Beirut bureau chief, wrote recently.

Why? Because these cedars need cold temperatures to reproduce, and global warming is limiting the best places for the trees to higher altitudes, Barnard says. The trees germinate in late winter because they need a freeze, preferably with snow.

“If the climate warms at the rates expected because of the continued rise of greenhouse gas emissions in the atmosphere, some scholars say that by 2100 cedars will be able to thrive only at the northern tip of the country, where the mountains are higher,” Barnard writes. There, however, insect infestations that are tied to a warming, drying climate provide another challenge.

Some conservation groups are trying to diversify the locations of cedar forests and expand their populations. Their goal is to make the cedar forests larger and more resilient to whatever future environmental pressures they face.