The changing face of the American summer job 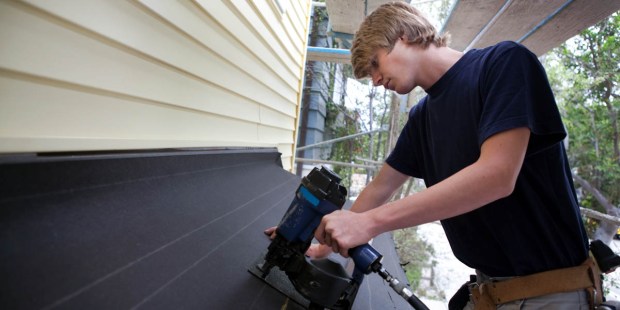 Vacation time teen employment has dropped dramatically in the past 18 years.

Mention “summer job” in an American family setting and you’re likely to evoke various emotions. A grandfather might have fond memories of working on the farm. The father or mother might remember serving in an ice cream shop or helping a neighbor build a shed.

The son or daughter? Dread.

And maybe not so much because today’s teen has to part with a sweet soft bed at an early hour, but because he or she just can’t find a summer job.

According to the Pew Research Center, the share of teens working summer jobs has “tumbled” since 2000. Last summer about a third of teens had a job, way down from the roughly 50 percent who were employed in the summer of 2000.

“From the late 1940s, which is as far back as the data go, through the 1980s, teen summer employment followed a fairly regular pattern: rising during economic good times and falling during and after recessions, but generally fluctuating between 46 percent (the low, in 1963) and 58 percent (the peak, in 1978),” writes Drew DeSilver, in a Pew blog called FactTank. “That pattern began to change after the 1990-91 recession, when the teen summer employment rate hovered around 50 percent for the entire decade of the ’90s. Teen summer employment fell sharply after the 2001 recession, and even more sharply during and after the 2007-09 Great Recession. Only about 30 percent of teens had jobs in the summers of 2010 and 2011. Since then, the teen summer employment rate has edged higher, reaching 35 percent last summer, but is still below pre-recession levels.

What’s the reason for the decline? DeSilver says that researchers suggest multiple reasons: there are fewer low-skill, entry-level jobs (such as sales clerks or office assistants) than in decades past; more schools end classes in late June and restart before Labor Day; more students enroll in high school or college classes over the summer; more teens are doing unpaid community service work as part of their graduation requirements or to improve the look of their college applications; and more students are taking unpaid internships, which the Bureau of Labor Statistics doesn’t count as being employed.

“When teens do get summer jobs these days, they’re more likely to be busing tables or tending a grill than staffing a mall boutique or souvenir stand,” DeSilver notes. “Nearly 2.1 million of the estimated 6.2 million teens who were employed last July (33.8 percent) worked in ‘accommodation and food services’—restaurants, hotels and the like—compared with 1.9 million (22.6 percent) in July 2000, according to BLS data. In fact, accommodation and food services was the only major industry that had more teen workers last July than in July 2000—a span in which the total number of employed 16- to 19-year-olds fell by 2.3 million, or 27.4 percent. Overall, accommodation and food services added more than 2.3 million workers between July 2000 and July 2017, for a 19.6 percent growth rate.”

Retail, on the other hand, has seen a steep falloff in teen summer workers, Pew notes. Last July, just over 1.3 million teens worked in the retail sector, compared with more than 2 million in July 2000—a 35.3 percent drop. Retail accounted for 21.4 percent of teen summer jobs in July 2017, down from 24 percent in July 2000. Among all workers, by comparison, retail employment was about 4 percent higher last July than it was in July 2000.”

If you’re a teen, and you still haven’t found a job for the summer, don’t give up. Consider tips like these, and remember, there’s no reason why you can’t start a business of your own.