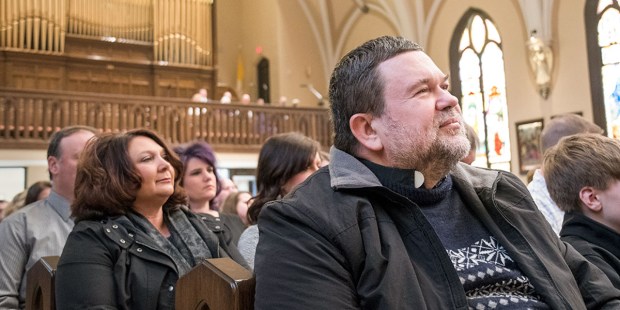 It makes sense … God doesn’t need us to attend Mass because it benefits Him.

Going to church is good for your soul, sure, but did you know it may have other benefits, too? There are at least 5 surprising improvements you might experience in a few areas of your life if you attend church services regularly …

Instead of reaching for the Ambien, you might want to think about incorporating daily Mass into your routine. A recent study found an association between better sleep and church attendance. According to the study authors: “More religious adults in particular tend to exhibit healthier sleep outcomes than their less religious counterparts.”

Less risk for depression and suicide

In a 2016 study published by JAMA Psychiatry, researchers found that, between 1996 and 2010, “women who attended any religious service once a week or more were five times less likely to commit suicide.” And while Protestant women attending weekly services had better protection against suicide risk than the average non-practicing woman, Catholic women were seven times less likely than practicing Protestant women to commit suicide.

According to the Institute for Family Studies, “the couple that prays together, stays together,” that is, couples who practice their faith through regular church attendance together tend to report significantly higher relationship quality than those couples who do not attend services together.

What’s more, attending church together seems to make for sexier marriages, too. According to the Marriage and Religion Research Institute, “Adults aged 18 to 59 in intact marriages who worshiped weekly were most likely to report enjoying intercourse ‘extremely’ or ‘very’ much with their current sexual partner, according to the National Health and Social Life Survey (1992), the most detailed analysis of sexual behavior in America.”

According to 2016 study from JAMA Internal Medicine, women who reported attending religious services “more than once a week had a 33 percent lower risk of dying during the study period compared with those who said they never went.” Women who attended once a week also benefited from a 26 percent lower risk of mortality than their non-attending counterparts. The study did not examine the association between religious attendance and mortality in men, and most of the women studied were Christian. Researchers concluded that “Religion and spirituality may be an underappreciated resource that physicians could explore with their patients, as appropriate.”

A 1998 study found that “religiously active older adults tend to have lower blood pressures than those who are less active.” By “religiously active,” researchers meant those who engaged in frequent church attendance, praying, and studying the Bible. Researchers found that “among participants who both attended religious services and prayed or studied the Bible frequently, the likelihood of having a diastolic blood pressure of 90 mm Hg or higher was 40 percent lower than found in participants who attended religious services infrequently and prayed or studied the Bible infrequently.” Interestingly, “those who frequently watched religious TV or listened to religious radio actually had higher blood pressures.”

It makes sense that church attendance would have benefits beyond improving the health of our souls — after all, God doesn’t need us to attend Mass because it benefits Him. And obviously, we shouldn’t just be attending church to get something out of it. But when we do make Mass or worship services a priority, we not only improve our relationship with God, but we strengthen ourselves and improve our relationships with those around us.