Is your doctor dismissing your miscarriage too easily? 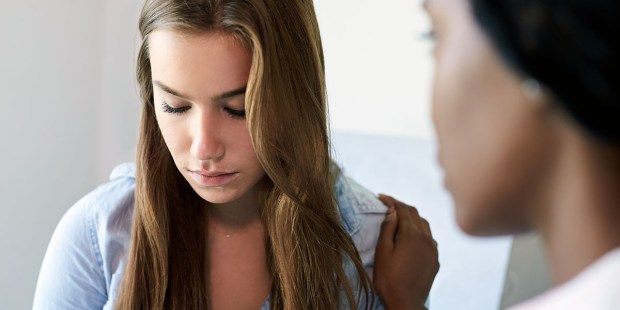 The way many OBGYNs operate is incompatible with the belief that life begins at conception and every life is valuable.

When I miscarried, my OBGYN told me that nothing could have been done. The majority of first trimester miscarriages are due to chromosomal abnormalities in the fetus, she consoled me. The baby was never going to be able to live. It was comforting, but I remember wondering how she could possibly know that. She was the expert, though, so I let it go.

Still, I wanted to know, “What can we do so this doesn’t happen again?” She shook her head. Until I miscarry three times in a row, she explained, it’s essentially considered a fluke, and nothing is done. They want to see a pattern of miscarriages before they do a more in-depth exam on me.

My doctor was just following the guidelines set by the The American College of Obstetricians and Gynecologists (ACOG): “After three repeated miscarriages, a thorough physical exam and testing are recommended.” The ACOG explains, “Most miscarriages (about 60 percent) occur randomly when an embryo receives an abnormal number of chromosomes during fertilization. This type of genetic problem happens by chance; there is no medical condition that causes it.” Even after three miscarriages, up to three quarters of the time, “no cause can be found for the pregnancy loss. There may be clues about what the problem is, but there is no sure answer.”

I understand why these guidelines are in place. The last thing a doctor wants to do is make a woman feel guilty over her miscarriage, and even if the baby is chromosomally normal, doctors often can’t find the problem anyway. The logic is, we might as well just skip the worry, and just hope that the next pregnancy is viable. But here’s the thing — these stats, about how 60 percent of pregnancies end — only apply to what the ACOG calls “clinically recognized pregnancies.” That doesn’t include chemical pregnancies.

The American Pregnancy Association reports that although “10-25 percent of all clinically recognized pregnancies will end in miscarriage,” those are differentiated from chemical pregnancies, which “may account for 50-75 percent of all miscarriages.” The term “chemical pregnancy” makes it seem like it wasn’t a true pregnancy, but the difference between a “chemical” and a “clinical” pregnancy is just that in the latter, the doctor has confirmed the pregnancy via ultrasound or Doppler. Doctors may differentiate between the two types of pregnancy, but the differences are totally immaterial. Each involves a human child.

The long and short of it is that more children are miscarried than many doctors are willing to acknowledge. When you consider the unrecognized miscarriages as well as the recognized ones, suddenly the practice of dismissing the first few known miscarriages as probably coincidental looks like a real medical oversight.

No woman has to feel guilty for an early miscarriage. There are too many different factors at play, and as devastating as it is, it’s not uncommon. Still, if I had known that it’s standard practice to dismiss a woman’s first two miscarriages (and maybe even more, if they’re “just” chemical pregnancies), I might have pushed back a bit. Standard practice or not, a dismissive attitude towards any miscarriage is totally incompatible with the belief that life begins at conception, and every life is valuable.

At the end of it all, I might not have found any answers. I can accept that. I understand how little we know about what can go wrong early in a pregnancy. Still, the choice to pursue that knowledge ought to be my choice, not my doctor’s.

I don’t know what we may have discovered. Probably nothing, since the daughter I had after that first miscarriage is thriving. But I do know that if I’d known that it’s the recommended practice to dismiss the first two clinically recognized miscarriages as coincidental, I wouldn’t have so quickly accepted my doctor’s generic explanation, and dismissive attitude. This is knowledge I know have, and want other women and couples to be aware of as well.