How should the West deal with Muslim countries and immigrants? 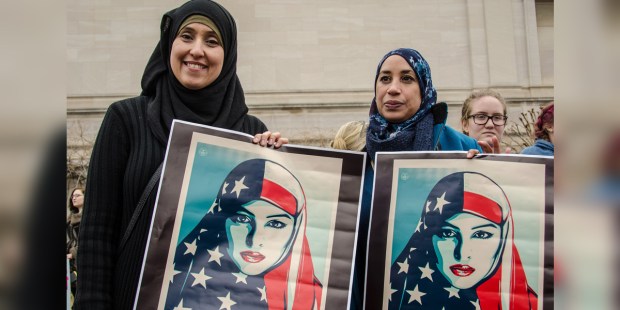 In an interview, Fr. Samir Khalil Samir, an Egyptian Jesuit, enlightens us.

On August 1, 2018, Fr. Samir Khalil Samir, an Egyptian Jesuit and expert on Islam, gave an interview to AsiaNews that sheds light on the situation of Islamic countries, and how Western powers can interact fruitfully with them, helping to bring peace.

The answer, he believes, lies in understanding the Muslim world, in encouraging the separation of religion from politics, and in fostering the values of equality, respect, and universal brotherhood.

In order to understand the conflicts in the Middle East that are sending droves of immigrants to the borders and shores of nearby countries, Fr. Samir shows that we first need to understand some key facts about Islam. Most importantly, in the Muslim religion, politics and religion have been inextricably bound together from the start.

At its origin “it was a religious project, launched by Muhammad,” who wanted to end polytheism and unite his contemporaries in the worship of “a single God, Allah,” Fr. Samir explains. “But Islam is also a social and political project: social, to conform to Bedouin customs, with all its traditions and norms; political, to unite the community around a new single project, namely the existence of a single all-powerful God! As a result, the Islamic project includes both religious and political dimensions.” Consequently, there is “a certain vision in Islam” that “discriminates between Muslims and others on religious grounds.” This is at the root of the Muslim efforts to impose Islamic rule, as well as the Muslim faith. “This has been the real great problem until the present!” the Jesuit adds.

Historically, of course, this problem hasn’t been exclusive to Islam. “Even Christianity has known this identification between religion and politics and had to slowly get rid of it,” Fr. Samir says. It’s harder for Muslims than for Christians, because in Islam “the unity of religion and politics is complete from the beginning.” Nor are other religions exempt from this danger; “A similar problem can be found in the State of Israel, where state and religion mingle, to the point of creating injustices for those who are not Jewish (especially Muslims). This Israeli position strengthens the position of extremist Muslims,” Fr. Samir observes. “Europe does not take seriously the dimensions of the problem.”

Nonetheless, today “some Muslim majority states make the distinction between religion and politics,” he says, citing the examples of Tunisia and Syria, countries helped in this direction by strong French influence in the past. In fact, the Syrian constitution was drafted by an Orthodox Christian in 1973. “The basic ideology is characterised by socialist pan-Arabism, which claims to be secular and tries to distinguish between religion and politics.”

Egypt, Fr. Samir’s homeland, had made progress towards this distinction in the past, but the spread of extremism has caused setbacks and growing persecution of Christians and other religious minorities, despite “great efforts” made by President Al-Sisi. “The situation has worsened due to the growing number of fanatical extremist elements,” Fr. Samir explains. Here, he makes an important distinction between Muslims in general and Islamists. “By definition, Islamists are extremist Muslims, who clearly differ from other Muslims because of their fanaticism and simple-minded interpretation of certain traditions. This has led to a blatant injustice towards Christians.”

Syria, like several other Muslim countries, suffers from another problem: the division of Muslims among themselves. “What we have witnessed is an intra-Islamic war between Shias and Sunnis,” Fr. Samir says. “Since 1973, the state has been in the hands of the Assad family, who are Alawite, a branch of Shia Islam. The Shias make up about 15 percent of the Muslim population. Sunni Muslims have launched war against this state … Iraq and Syria are the only Arab states in which the Shias are in power.”

Currently, the Sunni protagonist in this war is the Islamic State for Iraq and Syria (ISIS), also known more simply as the Islamic State (IS), which originated in Iraq.  ISIS is “widely financed by the richest Sunni state, namely Saudi Arabia, which is blindly supported by the United States and, in part, by some European countries.” Consequently, the USA ends up indirectly supporting ISIS. Russia, which doesn’t have the same political ties with Saudi Arabia, is supporting the Syrian government. In the end, Fr. Samir observes sadly, “The dead are all Syrians, whether they are Sunnis, Alawites or others.”

What can non-Muslim countries do to help solve this problem? First of all, Fr. Samir says that Europe and other countries need to exert political and financial pressure, placing conditions on aid to Muslim countries, with the goal of encouraging greater separation of religion and politics. Concretely, he explains, “In relations with all states, including Muslim countries, two fundamental principles should always be applied: equality among all citizens, regardless of their religion; absolute equality between men and women. These are the foundation of human dignity.” However, this pressure will only work if all member states of the European Union, for example, apply them equally, and not just in words but in deeds.

Meanwhile, there are millions of refugees—Muslims, but also Christians and other religious minorities, which are often forgotten, Fr. Samir says—fleeing to Europe and elsewhere. Many politicians and anti-immigration groups doubt that they can be integrated into non-Muslim societies. Fr. Samir is more optimistic, saying they can be integrated “through education and practice; first of all, in schools.” If all children in the schools, regardless of religion, origin, race, etc., are treated with respect, the values of tolerance, respect, and equality will be inculcated in immigrants as well as nationals.

Of course, these principles aren’t just for academic environments; “In everyday life, everyone should be treated the same way, with more understanding for someone who has just arrived, with all the requirements of the country,” at home, at work, in social life, etc., Fr. Samir says.

The Jesuit hopes that this will have a sort of chain reaction. “In short, it is about educating the mindset of immigrants, for the better, hoping as well that they will also teach it to those who have remained in their countries of origin, or those who will one day return.”

“Material aid for migrants — bread, a roof — is not enough,” he concludes. “It’s a lot but it’s not enough! Migrants must also be culturally helped to the spiritual dimension, European and Christian ideals, universal brotherhood. Give onto others, whomever they may be, the best we have, especially true, absolute and universal brotherhood, as the Gospel teaches us!”