The trap of the Prosperity Gospel 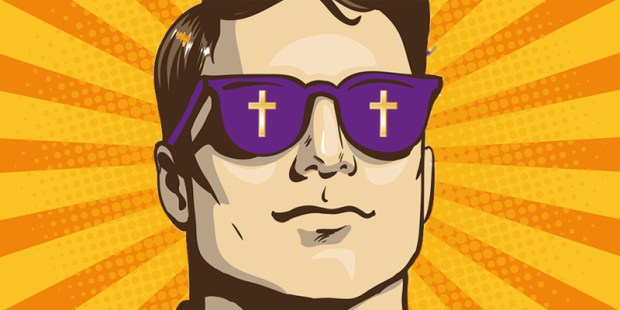 A LifeWay Research survey on who believes that God wants them to be “prosper financially.”

God cares for us; He loves us. Not only that: He wants to fill us with His blessings. The Bible teaches this, and Jesus says it in the Gospel: “Whatever you ask the Father in my name, he will give you” (John 16:23). The problem is that in some Christian denominations or churches, this divine generosity has taken on a peculiar characteristic—a material one, not an eschatological one, which reduces God to mere dispenser of goods, as if He were an ATM with no limits.

“A significant group of churches seem to teach that donations trigger a financial response from God,” said Scott McConnell, executive director of LifeWay Research in Nashville, Tennessee, on the occasion of the publishing of the results of a study on the “prosperity gospel,” carried out from August 22 to 30, 2017, with a sample of 1,010 American adults who go to a Protestant or non-denominational church at least once a month.

Although “a number of high-profile evangelical leaders have condemned the prosperity gospel,” McConnell said, “more than a few people in the pews have embraced it.”

God blesses those who give to the church

More than one in three of the participants, 38 percent, answered that they agreed with the poll statement that “my church teaches that if I give more money to my church and charities, God will bless me in return.” Of these, 22 percent say they “somewhat agree,” while 16 percent say they “strongly agree.”

Four out of 10 study participants (40 percent) said they “strongly disagreed” with the statement, and 17 percent answered that they “somewhat” disagreed, while 5 percent said they were “not sure.”

More than two out of three participants (69 percent) said they agreed with the statement that God wants them to “prosper financially.” Of these, 31 percent said they “somewhat” agree, while 38 percent “strongly agree.”

The study also shows that the faithful who frequent their church at least once a week are more likely to think that God wants them to prosper financially (71 percent), a percentage that drops to 56 percent among those who participate in services at most twice a month.

To receive from God, you have do do something for Him

By contrast, 70 percent do not agree. As many as 54 percent “strongly disagree,” while 16 percent “somewhat disagree.” The remaining 5 percent wasn’t sure.

A warning from Civiltà Cattolica

In an article published this June with the emblematic title Theology of prosperity. The danger of a “different Gospel” (“Teologia della prosperità. Il pericolo di un ‘Vangelo diverso,'” published in Italian) in the authoritative magazine La Civiltà Cattolica, Jesuit Antonio Spadaro and Argentinian Presbyterian pastor Marcelo Figueroa analyze the roots and risks of this theological current, which is attracting a growing number of faithful. It isn’t only spreading in the USA, but also in some Latin American countries, including Guatemala and, especially, Brazil. It has gotten as far as Africa and Asia, where it has spread, for example, in South Korea and even in China.

The two authors, who had already published an article together last summer in the periodical of the Company of Jesus, mention as examples the Miracle Center Cathedral in the Ugandan capital of Kampala, fruit of the preaching of pastor Robert Kayanja, and the Universal Church of the Kingdom of God, founded in Brazil in 1977 by Brazilian pastor Edir Macedo, owner of the second largest television network in that South American country, RecordTV, and of the media group Grupo Record.

The origins of the “prosperity gospel”

According to Spadaro and Figueroa, the origins of the “prosperity Gospel” theological current, with its promise of financial well-being here and now, date back to the end of the 19th century in the United States, and especially to the thought of New York pastor Esek William Kenyon, who “said that concrete material realities can be modified through the power of faith”—not just for the better, but also for the worse; according to him, poverty, sickness, and unhappiness are the direct result of a lack of faith.

Another fundamental contribution came from pastor and “prophet” Kenneth Hagin, who identified in two verses of the Gospel of Mark the central nucleus of what would become the “prosperity gospel”: “Amen, I say to you, whoever says to this mountain, ‘Be lifted up and thrown into the sea,’ and does not doubt in his heart but believes that what he says will happen, it shall be done for him. Therefore I tell you, all that you ask for in prayer, believe that you will receive it, and it shall be yours.” (Mark 11:23-24)

Other elements that characterize this current of thought are a (distorted) connection with the idea of the “American dream,” and the use of mass communication to spread the message, an element whose importance was intuited by both Kenyon and Hagin, and which reached its culmination in the phenomenon of televangelists such as Oral Roberts, Pat Robertson, and Joel Osteen, founder of the largest megachurch in the USA, the Lakewood Church in Houston, Texas.

In their article, the Jesuit and the Presbyterian pastor explain that the “prosperity gospel” not only is quite far from the message and “dream” preached by prophetic figures like Martin Luther King, but also has been harshly criticized “by both traditional and newer Evangelical groups,” who accuse the preachers of this theology of announcing a “different Gospel.”

In fact, as Spadaro and Figueroa explain, the theological current of the “prosperity gospel” is the fruit of a “reductionist hermeneutic,” which diminishes the role of God the Father to a sort of “cosmic delivery man” and makes him a “prisoner” of His own word.

In addition, the authors emphasize, there is “a total lack of empathy and solidarity” on the part of the faithful of these churches towards those who suffer, are sick, or are in difficulty. “There’s no compassion for people who aren’t prosperous,” they observe, “because they clearly haven’t followed the ‘rules,’ and consequently they live in failure, and therefore, aren’t loved by God.”

The true Gospel is a real influence for change

“Definitively, in this case we are speaking of a god conceived in the image and likeness of people and their reality, not according to the Biblical model,” continue Spadaro and Figueroa. “This ‘gospel,’ which puts the emphasis on faith as a ‘merit’ for ascending the social ladder, ends up being unjust and radically anti-evangelical” and even has “a perverse effect on the poor,” they warn.

“Not only does it take exacerbate individualism and destroy a sense of solidarity; it encourages people to have an attitude founded on the miraculous, according to which only faith can obtain prosperity, and not social and political efforts,” the authors write, warning of the risk that poor people, entranced by the fascination of this pseudo-gospel, could end up “trapped in a socio-political void where they easily allow other forces to shape their world, making them powerless and defenseless.”

Pope Francis has warned repeatedly against the dangers of the “temptation of prosperity,” the authors mention at the end of their article, as when he met with the bishops of South Korea in August 2014, when he warned the Church leaders of the risk of a “rich Church for the rich, or a middle-class Church for the well-to-do.” Indeed, what kind of Gospel is it if there’s no room for the poor and the sick?