Backgrounder: The Church’s efforts to bring peace in Democratic Republic of Congo 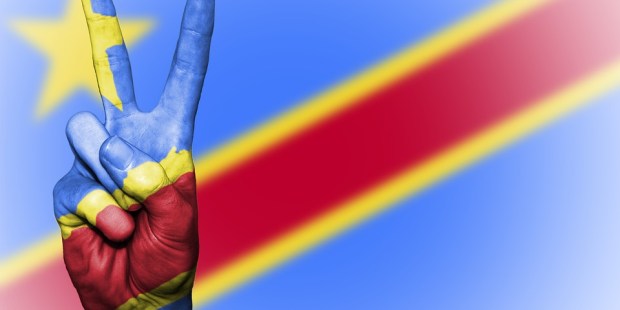 The sitting president has just announced that he won’t run for re-election, though the candidate he’s chosen in his place is already under European sanction

In its nearly 60 years of existence, the Democratic Republic of Congo has yet to see a peaceful transition of power. President Joseph Kabila seems to be doing whatever he can to keep himself in power. The country’s Catholic bishops and laypeople have pushed hard for a democratic election. Their reward has been violence.

President Kabila’s second and final term was to have ended in 2016 but he extended his term and postponed elections. Citizens began protesting. Kabila outlawed protests and every march and rally – even the peaceful marches organized by the Catholic lay organization known as the The Lay Coordination Committee – was violently squashed.

Catholic bishops helped negotiate a power sharing agreement that was to ease the country toward peaceful elections. The agreement came into effect December 31, 2016, but the government seemed to ignore the terms of the agreement.

Seeing democratic principles ignored by the government, the bishops withdrew from any further mediation in March 2017. They said they blamed Kabila’s government for the nation’s humanitarian, economic and security crisis. An estimated 4.5 million people have been displaced by fighting in various regions of the country and 7.7 million face food insecurity.

In January 2018 the bishops told Aid to the Church in Need, a Church aid agency, 130 churches had been fired on by government forces, including the cathedral in Kinshasa.

Shortly afterward, the Vatican’s representative to DCR, Archbishop Luis Montemayor, publicly criticized the attacks on churches and the violent repression of protests. The government declared him unwelcome and the Vatican was forced to recall him to Rome.

In June the Vatican appointed a seasoned diplomat, Archbishop Ettore Ballestero, as administrator of the nunciature in DCR. The wording of the Vatican’s announcement suggested that the Kabila government had not accepted the appointment.

Kabila took over as president from his father in 2001 after the senior Kabila was assassinated. He went on to win elections in 2006 and 2011. But a change in the constitution may have helped him win the last election. Now, despite having served the two terms allowed by the country’s constitution, he is in no rush to hold elections.

Fighting between militias linked to different tribal leaders also continues in various parts of the country. A UN report looking into the current state of human rights in the DCR indicated that some of the regional fighting might be backed by the Kabila government. As long as there is fighting he could declare martial law and avoid elections.

The country has two sought-after minerals: copper and cobalt. DCR is the biggest producer of copper in the world and cobalt has tripled in value as it is used in electric car batteries. There is money to be made from these minerals. Yet during Kabila’s time in power, Human Rights Watch says mining revenue has gone missing while Kabila and his associates have added to their fortunes.

Getting rid of Kabila

In February 2018 Kabila finally announced elections would be held December 23, 2018, but would not confirm that he would not run. The national electoral commission said that “many constraints” could affect the the election timeline. Citizens feared yet another delay of elections.

On July 20 he announced the elections would go ahead, but would not confirm whether or not he would run.

The country’s lay Catholics were unfazed. The head of the Lay Coordination Committee, Isidore Ndaywel told Fides, a Vatican run news agency, that his organization would be holding demonstrations on August 12, 13, and 14.

Cardinal Laurent Monswengo Pasinya of Kinshasa told Catholic News Service in July that he is not afraid. “It is a mission to defend faith, to the cost of shedding one’s blood.”

However, he acknowledged that he tries to be prudent, saying he was careful to only eat and drank food prepared in his own kitchen by his two nieces. Crux Now reported the cardinal turned down a proposal by a Catholic political group to run for president. Canon law prohibits a cleric from holding political office.

On August 8 Kabila announced he would not run for re-election. Instead the governing coalition has picked Emmanuel Ramazani Shadary to be their candidate in the December 23 election. Shadary was previously DRC’s interior minister and is the target of sanctions imposed by the European Union for alleged human rights abuses.

Read more:
In 2nd appeal in 4 days, pope pleas for peace in Democratic Republic of Congo

Read more:
Catholic priest in Congo is kidnapped in latest in rash of abductions