Exorcism 101: There are two main types of exorcism 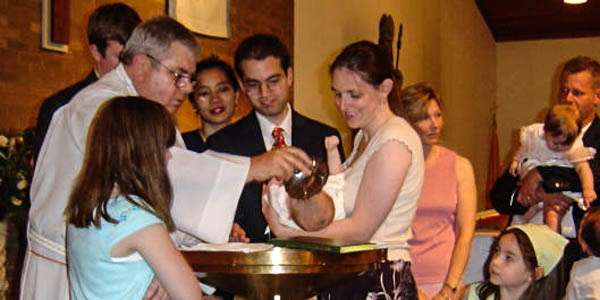 One type of exorcism is used frequently while the other is only reserved for the most extreme cases.

Exorcism in the Catholic Church is a much wider topic than what most people think. In general, exorcism is viewed by many as a complicated rite that is performed by a priest over someone possessed by the devil.

It is an easy assumption to make, but it is not the truth. In fact, exorcisms are a multi-faceted part of the Church’s ministry. They are usually performed on a much smaller scale and on a regular basis.

Read more:
These powerful exorcisms are performed in parishes every year

The Catholic Encyclopedia describes exorcism as, “the act of driving out, or warding off, demons, or evil spirits, from persons, places, or things, which are believed to be possessed or infested by them, or are liable to become victims or instruments of their malice.”

In the Catholic Church this is expressed in two primary forms, called “minor” exorcisms and “major” exorcisms.

The USCCB explains how minor exorcisms are “found in two places: first, for those preparing for Baptism, the Rite of Christian Initiation of Adults (RCIA) and the Rite of Baptism for Children both call for minor exorcisms; secondly, the appendix of Exorcisms and Related Supplications includes a series of prayers which may be used by the faithful.”

This type of exorcism does not deal with the full possession of a person by a demon, but with the expulsion of evil spirits that are trying to negatively influence a person. This is especially important for those who are not baptized as they do not have the grace of baptism and are more vulnerable to the assaults of the devil.

Nevertheless, the language of the prayers can still be quite powerful, commanding any demons to be cast out of the person to be baptized. For example, here is one of the exorcism prayers found in the Rite of Baptism in the Extraordinary Form of the Roman Rite.

I cast you out, unclean spirit, in the name of the Father, + and of the Son, + and of the Holy + Spirit. Depart and stay far away from this servant of God, N., For it is the Lord Himself who commands you, accursed and doomed spirit, He who walked on the sea and reached out His hand to Peter as he was sinking. So then, foul fiend, recall the curse that decided your fate once for all. Indeed, pay homage to the living and true God, pay homage to Jesus Christ, His Son, and to the Holy Spirit. Keep far from this servant of God, N., for Jesus Christ, our Lord and God, has freely called him to His holy grace and blessed way and to the waters of baptism.

These minor exorcisms are performed every time a child or adult is baptized in the Catholic Church and occur regularly, though they usually don’t look like anything from The Exorcist.

On the other hand, major or “solemn” exorcisms are performed principally over people who have been found possessed by a demon. These exorcisms can only be performed with the permission of the local bishop and by a trained exorcist priest. They should never be attempted by a member of the Christian faithful as that creates more harm than good and opens up more pathways for the devil.

Major exorcisms are very rare and typically a long process. A major exorcism may take months or a full year to be performed. It includes a proper medical evaluation and several meetings with qualified professionals to determine if the person is indeed possessed by a demon. An exorcist typically will only perform a small handful of exorcisms in a year, with some exorcists performing only one or two on an annual basis.

Exorcisms remain a vital part of the ministry of the Church, though they often aren’t as sensational as what is seen in movies or television.

Read more:
5 Saints who were exorcists

Read more:
This is what exorcisms are really like