Japanese students recreate the bombing of Hiroshima in virtual reality

The 5-minute virtual tour shows the city of Hiroshima before, during, and after the bomb dropped.

A group of Japanese high school students have produced a recreation of the bombing of Hiroshima in 1945. The painstaking process yielded a 5-minute virtual reality experience in which viewers can see some of the city’s streets before, during, and after the explosion. The project comes in commemoration of the 73rd anniversary of these events that effectively ended WWII.

On Aug. 6, 1945, the U.S. dropped an atomic bomb on Hiroshima, killing 70 thousand people instantly, and nearly 100 thousand more due to radiation poisoning and injuries sustained during the event. Three days later the second bomb was dropped, killing between 40 and 80 thousand more people. The students and their teacher say they undertook the project in the hopes that similar events will never happen. 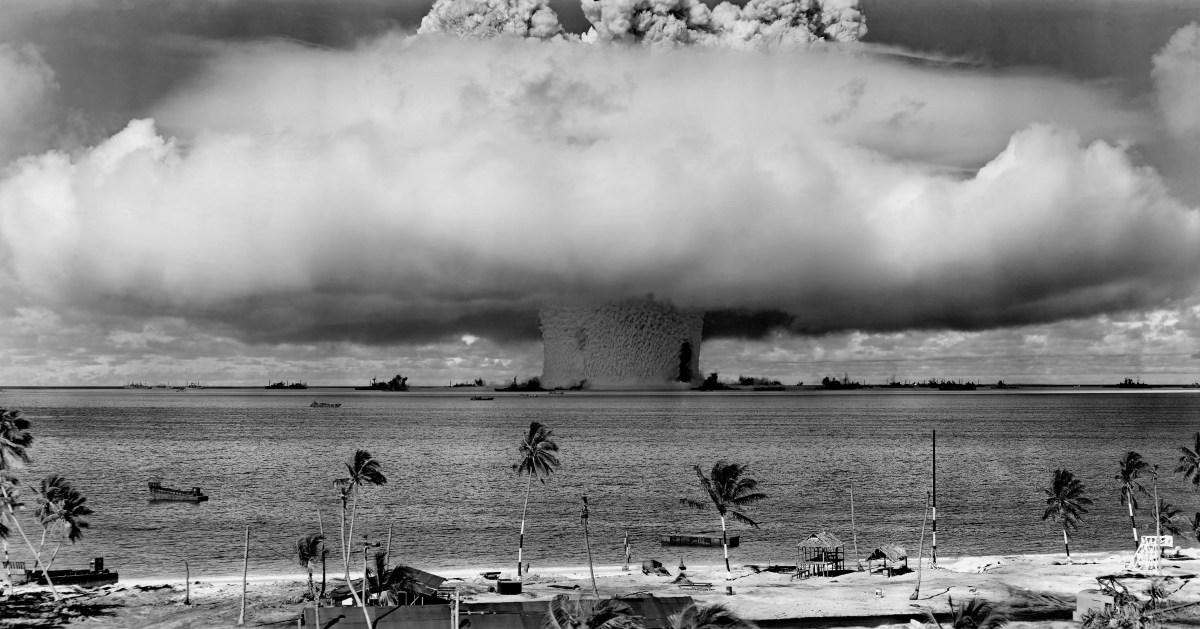 The students worked diligently to finish the project at Fukuyama Technical High School. They conducted their efforts in a hot room with only fans to cool them as the computers add some degrees to the hottest months of the year. “Even without language, once you see the images, you understand,” said Mei Okada in the above video. “That is definitely one of the merits of this VR experience.”

Wearing virtual reality headsets, users can take a walk along the Motoyasu River prior to the blast and see the businesses and buildings that once stood. They can enter the post office and the Shima Hospital courtyard, where the skeletal remains of a building now known as the Atomic Bomb Dome stand on the river’s banks, a testament to what happened.

All of the students working on the recreation were born more than half a century after WWII. Yuhi Nakagawa, 18, was not particularly interested in the project at its inception, but now as it reaches completion his perspective has changed:

“When I was creating the buildings before the atomic bomb fell and after, I saw many photos of buildings that were gone. I really felt how scary atomic bombs can be,” he said. “So while creating this scenery, I felt it was really important to share this with others.”

In order to accurately recreate the surrounding area, the students studied images on old photographs and postcards, as well as interviewing some of the remaining survivors of the Hiroshima bombing. The survivors of the bombing of Hiroshima are getting on in years, but they still vividly remember the streets where they grew up.

Katsushi Hasegawa, a computer teacher who supervises the club, commented, “Those who knew the city very well tell us it’s done very well. They say it’s very nostalgic. Sometimes they start to reminisce about their memories from that time, and it really makes me glad that we created this.”