The oldest operating Catholic church in New England is in Maine

Think of Catholicism in New England and Boston’s churches probably come to mind. Indeed, St. Leonard, one of the oldest Catholic churches in the US, was built in 1873 by Italian immigrants at the corner of Hanover and Prince Streets in Boston’s North End. But the oldest continuously operating Catholic church in the area is actually found in Newcastle, Maine, where in 1808 a community of Irish businessmen helped found St. Patrick Roman Catholic Church. 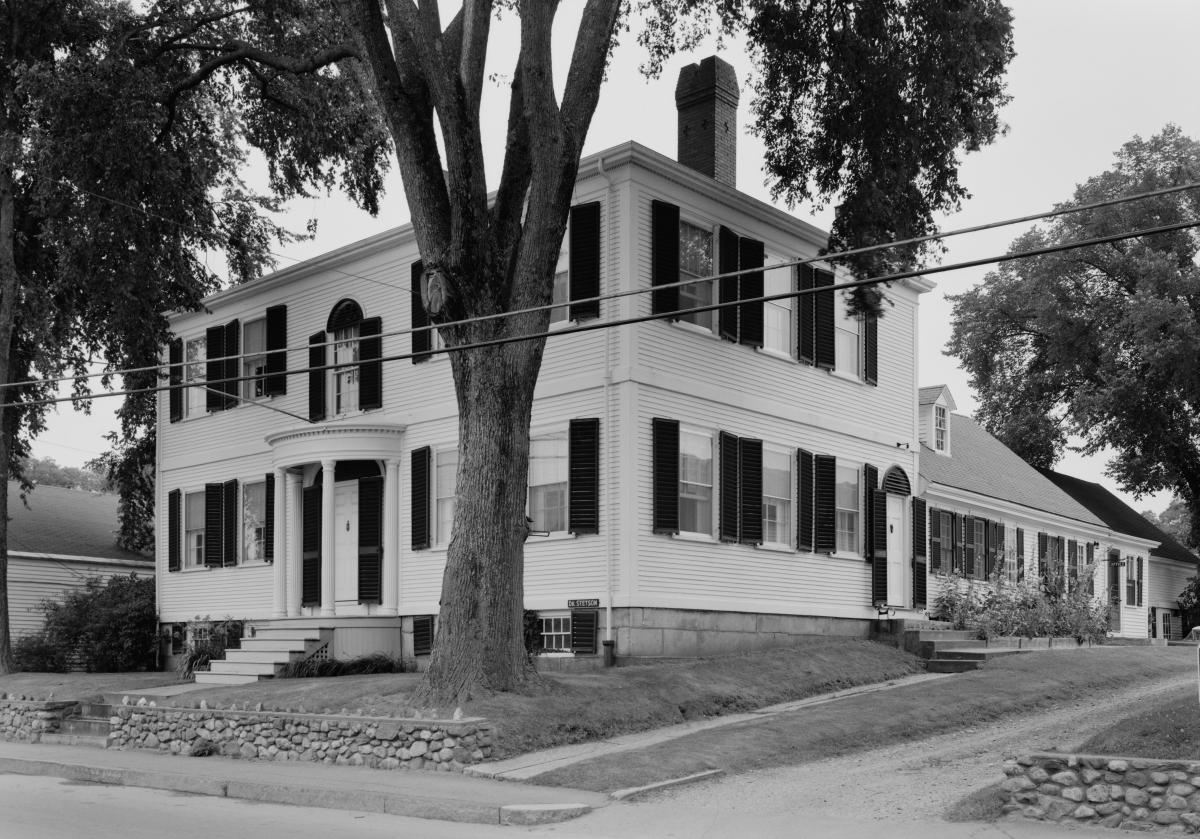 At the time, Catholicism was slowly but steadily building its presence in the “New World.” The site of New England’s diocese was Baltimore, where Bishop John Carroll acted as head of parishes across the eastern seabord including Boston, New York, and Philadelphia.

Coastal Maine was attracting migrants from Europe, especially Ireland, who contributed to a thriving timber and shipbuilding industry. Two Irishmen, James Kavanagh and Matthew Cottrill, established their businesses in the up and coming settlement of New Castle and helped build a worship space for fellow Catholics.

Initially, a chapel named St. Mary’s of the Mills was built on top of Newcastle’s hill, across from Matthew Cottill’s home. But soon enough the community made plans to build an actual brick and mortar church to welcome the needs of a growing community of Irish Catholics. Cottrill invited Irish architect Nicholas Codd to move from Boston to Newcastle to design the structure and overlook its construction.

Codd opted for a Federal style design, with a particular brick arrangement—five rows horizontal and six rows perpendicular—that can still be noticed today.

The original plan included a consecrated cemetery at the right of the church and a rectory on the left. But later the rectory area was converted to an unconsecrated graveyard to permit mixed faith couples to be buried next to each other. The altar is shaped like a sarcophagus and features decorations of the harp—the heraldic symbol of Ireland. It was allegedly brought to the US from France by local priest Fr. Cheverus. Two other similar altars can be found in the Holy Cross Cathedral in Boston and in the Chapel at the Mission of Santa Barbara in California.

Most of the funds needed for the church’s construction were provided by Cottrill and Kavanagh and by local priests Fr. Matignon and Fr. Cheverus. The building took a little over a year to complete and was inaugurated in 1808, becoming the first church dedicated to St. Patrick in the United States.

Ten years later, Matthew Cottrill donated a bell cast by renowned American patriot and silversmith Paul Revere to the church bearing the inscription “The gift of Matthew Cottrill to St. Patrick’s Church, Newcastle, 1818.” Between the years 1792-1828 Paul Revere cast an estimated 400 bells of which just 93 are still in operation, including the one in Newcastle.

Cottrill and  Kavanagh both died in 1828 and by that time the number of parishioners in Newcastle was just over 30. But the church enjoyed a renaissance as Maine’s economy started to kick in during the post-war years and was has since been restored to its former glory. Its bicentennial anniversary was celebrated in July 2008 by Bishop Malone and featured an overview of historical artefacts such as Paul Revere’s bell and a reenactment in the cemetery. Today, the church is still active under the leadership of Fr. Frank Murray and Mass is held on Wednesdays at 5 p.m., Fridays at noon, Saturday at 4 p.m. and Sunday at 11 a.m.