This weekend look to the heavens for the Tears of St. Lawrence 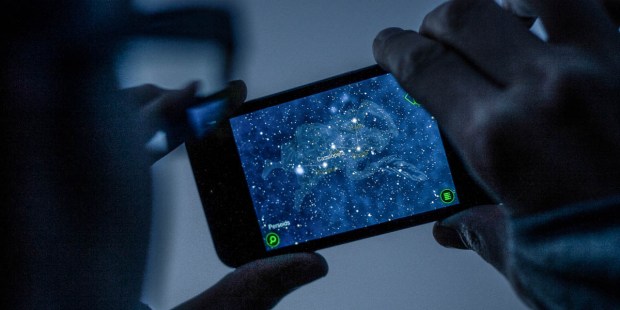 The Perseid meteor shower will light up the night’s sky.

It’s early August, so that must mean that the Earth is getting ready to pass through the debris left by the comet Swift-Tuttle. The result will be the annual Perseid meteor shower, a light show in the sky to rival any 4th of July fireworks display.

The Perseid shower, so-called because the fireballs seem to emanate from the constellation Perseus, is also known as the Tears of St. Lawrence because the event takes place on or around the August 10 feast day of the deacon and martyr.

According to NASA meteor expert Bill Cooke, the Perseid meteor shower will be the best shower of 2018. Spectators should expect to see 60-70 meteors per hour. The best times for viewing will occur on the nights of Aug. 11-12 and Aug. 12-13, with peak hours lasting from 10 p.m. EST straight through dawn.

In a talk with Space.com, Cooke said:

“This year the moon will be near new moon, it will be a crescent, which means it will set before the Perseid show gets underway after midnight. The moon is very favorable for the Perseids this year, and that’ll make the Perseids probably the best shower of 2018 for people who want to go out and view it.” The Perseids are rich in fireballs, so the show should be even better.

To best take advantage of the show, it is suggested that you find a dark area, away from cities where light polution can obstruct the view. It is also advised to allow your night vision to adjust to the dark before giving up, this may take between 20-30 minutes.

Space.com reminds us of how small meteors actually are:

You’re actually seeing the pieces of comet debris heat up as they enter the atmosphere and burn up in a bright burst of light, streaking a vivid path across the sky as they travel at 37 miles (59 km) per second. When they’re in space, the pieces of debris are called “meteoroids,” but when they reach Earth’s atmosphere, they’re designated as “meteors.” If a piece makes it all the way down to Earth without burning up, it graduates to “meteorite.” Most of the meteors in the Perseids are much too small for that; they’re about the size of a grain of sand.

You wont need binoculars or a telescope to enjoy the shower; however what is required is a bit of patience. Find the darkest place you can, and give your eyes a few minutes to adjust after looking at any white light. (You can use a flashlight with a red filter to find your way to your viewing spot.) Aleteia’s own John Burger has a few suggestions for activities while you wait for that next spark: