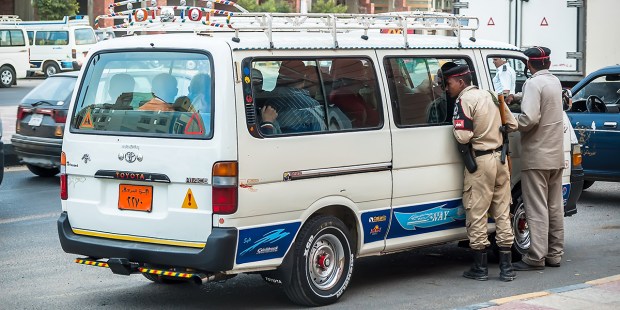 The alleged militant killed himself after not being able to get inside the Coptic church.

Egyptian security forces thwarted a suicide bomber from blowing up a Coptic Christian church outside Cairo on Saturday.

Seven alleged militants suspected of being involved in the foiled attack have been arrested, according to a Reuters report.

Increased security reportedly prevented the suicide bomber from entering the Church of the Virgin Mary in Mostorod, Shubra Al-Khaim, where Coptic Christians had gathered to celebrate the Assumption of the Virgin.

The suicide bomber, identified by the interior ministry as a 29-year-old male, then detonated an explosive belt, killing himself. No one else was harmed in the attack, and no group has claimed credit for it, reported CNN.

The attack is the latest targeting Egypt’s Coptic Christian minority, which makes up about 10 percent of the population.

In April of 2017, Islamist militants killed 45 people in two Palm Sunday bombings, and in December of 2016 they carried out a bombing in Cairo’s largest Coptic Cathedral, killing 28.

According to the Reuters report, the seven arrested were plotting a “series of hostilities,” and among them were two women, including one living in the wealthy Cairo neighborhood of Zamalek who “played a prominent role … in promoting extremist ideas and providing financial support.”