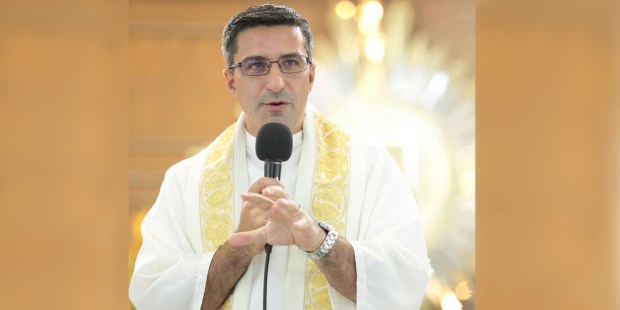 Signs of positive change in a drug-plagued country.

The Philippines’ war on drugs has seen thousands of drug dealers and addicts slain by government forces. The near-daily killings have drawn continuous pleas from Catholic bishops to treat addicts with human dignity and to choose rehabilitation over annihilation. Now a priest is answering this call by starting an effort to do just that.

Father Luciano Airel Felloni is an Argentinian missionary who has lived in the Philippines for the last 20 years, serving as the parish priest of Camarin, Caloocan. In 2017, at the 4th Philippine Conference on New Evangelization, Fr. Felloni said in a lecture:

“We have to [do] something to help, to help the government in the war against drugs but we have to do it in a Christian way. We cannot simply watch these events unfold. Prayer is not enough.”

At the time, Fr. Felloni was running a small counseling group that saw some of its attendees graduate and be taken off the Philippines National Police (PNP) watchlist. Now, he is beginning a serious effort to rehabilitate addicts, lead them to live a meaningful and dignified life in his parish in the diocese of Novaliches, near Manila.

Initially, the project had to deal with the police’s hostility and the skepticism of drug addicts. Within a year, the enrollment of the persons under treatment increased to 40 and confidence began to increase. Father Felloni’s commitment is to reintegrate former drug addicts into society, helping them to “live a good life.”

In February, Philippino Senator Antonio Trillanes cited the number of slain dealers and addicts to be over 20,000. Nearly 4,000 of these killings were conducted by officers of the law, while the remaining 16,000 have been listed as homicides by “vigilantes.”

Church leaders have been at odds with President Duterte’s methods of conducting the war on drugs since it began shortly after he took office. Father Felloni began working with local civil leaders in September 2016, when the number of drug suspects killed in his community saw a sharp spike.

“We asked ourselves what we could do in our small way to help a campaign against drugs, but working in the right way, in defense of the dignity of every person, and of the community,” explained Fr. Felloni to Fides.