The Assumption helps us understand what we are as humans, suggests Pope Francis 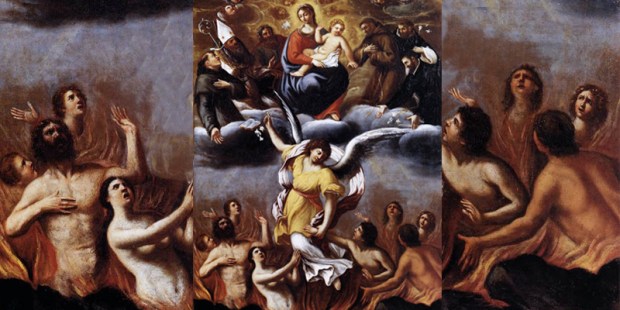 And it points to a pivotal aspect of our Christian faith, that the Greeks hadn’t understood

In his encyclical Redemptor Hominis (Redeemer of Man), in the first year of his pontificate, John Paul II picked up the mysterious and weighty assertion of Vatican II’s Gaudium et spes (Joy and Hope), affirming that “Christ the new Adam … fully reveals man to man himself.”

What the pope and the Council were saying is this: If we want to understand what it means to be human — what’s good for us, what we’re made for, how we’ll find happiness — then we have no better option than to look at Christ. He is our “roadmap” for how to be truly human.

Today’s feast of the Assumption is intimately linked to Christ’s revelation of what we are as human beings. Pope Francis today before praying the midday Angelus considered this reality.

“The Church invites us today to contemplate this mystery,” he said; “it shows us that God wills to save the whole man, namely, save his soul and body.”

Human persons are a body-soul unity, incarnated souls as much as ensouled bodies. It’s not that “I” have a body or “I” have a soul, but rather that we are our body and soul together.

Linked to this truth is what we profess each Sunday in the Creed: “I believe in the resurrection of the dead.”

The pope continued: “Jesus resurrected with the body He assumed of Mary, and He ascended to the Father with His transfigured humanity. With the body, a body like ours, but transfigured. The Assumption of Mary, a human creature, confirms to us what our glorious destiny will be.”

Read more:
What will our bodies look like after we’ve risen from the dead?

Francis noted how “the Greek philosophers had already understood that man’s soul is destined for happiness after death. However, they disdained the body — considering it the soul’s prison — and they didn’t understand that God had ordained that man’s body would be united to the soul in celestial beatitude.”

“Our body, transfigured, will be there,” Francis affirmed. “This — the ‘resurrection of the dead’ — is an element proper to Christian revelation, a pivot of our faith.”

Thus, he explained, the “stupendous reality of Mary’s Assumption manifests and confirms the unity of the human person, and it reminds us that we are called to serve and glorify God with all our being, soul and body.”

Pope Francis noted the famous phrase of St. Irenaeus (circa 220) “the glory of God is man fully alive, and man’s life consists in the vision of God.”

“If we have lived thus, in the joyful service of God, which is also expressed in generous service to brothers,” Francis said, “on the day of the resurrection our destiny will be similar to that of our heavenly Mother. Thus will be the full realization of the Apostle Paul’s exhortation: ‘Glorify God in your body!’ and we will glorify Him forever in Heaven.”