Adun’s story: He saw the hand of God in that cave in Thailand

For the 14-year-old, his faith in Christ is what saved him and his teammates from death, as they were trapped for nearly three weeks in a cave in Thailand.

In the early days of summer 2018, the world was holding its breath, caught up in the fate of the young soccer players who had gotten stranded together with their coach in a cave in northern Thailand. 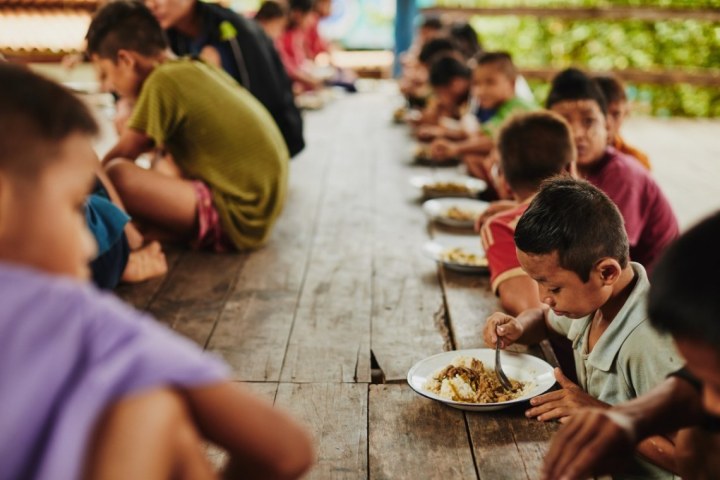 The details of the event are, by now, public knowledge. Twelve members of a local soccer team (the Moo Pa, or “Wild Boars”), ranging from 11 to 17 years of age, entered the long and deep complex of caves of Tham Luang—an imprudent decision, given the absolute prohibition against entering the caves during monsoon season (from July to November). The sudden and intense rains filled the grottoes, forcing the team to take refuge in a cavern for many days, with neither food nor basic necessities.

More than a thousand people from various countries took part in the rescue operations. The international mobilization—and the consequent media coverage—was impressive. A great deal of emphasis was understandably placed on the empathetic side of the situation. People discussed the role that Buddhist meditation, practiced by the coach, is said to have played in keeping the boys calm. We all suffered with the sad news of the fate of Saman Kunan, the volunteer who died during the rescue operations. And much has been said about what could have motivated 11 of the 12 boys to undertake nine days of novitiate at Buddhist temples in their province.

This approach to covering the events was touching and culturally informative. However, there is an extraordinary “story within the story,” about which little to nothing has been written, but which should be told in depth.It’s the story of the life of that twelfth boy who didn’t participate in the Buddhist novitiate program. It’s the identity of a person whom the papers have distractedly written of as “the non-Buddhist wild boar,” referring to his soccer team’s name, or, slightly less vaguely, as the “only Christian in the group.” It’s a story of authentic faith that emerges in the midst of apparently irresolvable difficulty. It’s a fundamental detail that offers further insight for understanding the facts of the event.

Adun (a name which some sources have erroneously transcribed as Adul) is originally from Wa, a semi-autonomous region on the border between Burma and China, known for its armed conflict, the cultivation of opium, and the trafficking of methamphetamines. Having left his homeland together with his parents to seek a better future in Thailand, at the age of seven he started to frequent the centers of the Christian organization Compassion(which offers a child sponsorship program and supports nearly 2 million vulnerable children throughout the world). Thanks to this he was able to obtain an excellent primary education and grow in the knowledge and practice of Gospel principles. His personal trajectory was of vital importance for the success of the rescue operations in the Tham Luang caves. In fact, it is only due to his extraordinary linguistic abilities (at the age of 14, Adun speaks fluently English, Thai, Burmese, Mandarin, and Wa) that the British divers were able to understand the exact conditions in which the 13 stranded spelunkers found themselves, and what their most urgent needs were.

The only English speaker in the group (in a country where less than one third of the population is able to understand that language), Adun also stood out for the lucidity and serenity with which he conducted his communication with the world outside the cave. When the rescuers finally managed to open a path to extract the boys, they were amazed by Adun’s optimistic smile. He showed an interior calm which, as he himself has said, is a gift that comes straight from God.

“This crisis has taught us and all Christians to hope and trust in God by uniting in prayer,” commented Reverend Decha Janepiriyaprayoon, of Bangkok, speaking to Salt&Light. “We believe God used Adun to be involved in a significant way, by communicating in English to the rescue team. […] We have experienced the power of prayer. Our prayer lives have been revived, our faith and love have been strengthened,” he concluded.

Many Christian Thai churches, laying aside their denominational differences, united in prayer, make their own the words of Saint Paul to the Philippians 4:6-7:

“Have no anxiety at all, but in everything, by prayer and petition, with thanksgiving, make your requests known to God. Then the peace of God that surpasses all understanding will guard your hearts and minds in Christ Jesus.”

When Adun’s parents found out that their son and the other boys were alive, they thanked God and the intercession of fellow believers:

“Thank you so much for all prayers and all the encouragement,” his mother said, full of emotion, quoted Compassion. “Thank you to God. I’m really thankful that they found my son and all 13 are alive. I’m so happy and so thankful to see my son again. Thank you so much to everyone that has been praying for us and the boys and helping us; thank you.”

After having returned safe and sound to the outside world, while the rest of the boys participated in a solemn Buddhist ceremony, Adun preferred to go to his church to talk about the intervention of Providence in the darkness of that cave:

“By the 10th night, we were losing patience, hope, physical energy and courage,” he shared with the faithful of Maesai Grace Church, his village’s Christian community.

“We could not do anything to help. The only thing that I could do was pray. I prayed ‘Lord, I’m only a boy; you are almighty God, you are holy, and you are powerful. Right now I can’t do anything; may you protect us. Come to help all 13 of us.” An invocation of genuine, sincere, authentic faith. Adun then prayed for the family of Saman Kunan, the volunteer who died tragically during the rescue mission. He ended his testimony by thanking God for his miraculous liberation: “And then I finished my prayer, thanking God for everything that happened to myself and my friends … all 13 of us. Thank you to everybody who prayed for me and the whole team. Thank you to everybody that helped us, and the last thank-you [goes] to the Lord: Thank you God. God bless you all.”

The Church also runs an educational center for children, especially those belonging to ethnic minorities. The teachers (all volunteers) teach English, Burmese, Mandarin, and basics of musical education, passing on to the children the Biblical principles of love and solidarity. The center also offers lodging for children whose parents have special work difficulties.

“Adun is a boy of only 14 years; he should be able to study,” commented the organization’s leaders. “We have other children here who are from similar backgrounds or poverty levels as Adun and receive regular support. We will continue to care for all the children, while also making sure Adun has the support he needs.”

A talented soccer player, Adun plays the piano and the guitar with great skill, besides being a model student. Like every boy his age, he dreams of a bright future. His plans also include that of becoming a doctor and of playing soccer with the Chiang Rai United club. He is among the more than 400,000 people registered as “displaced” in Thailand. Having neither a birth certificate, nor an official identification card, nor a passport, Adun doesn’t have the legal right to marry, to get a job, to open a bank account, to travel, to own any property, or to vote. Nonetheless, he knows that, with the support of his church, with a profound faith in God, and with determination, he will be part of a generation that will be able to leave its mark on society.

The people who run the center that Adun frequents have explicitly requested that Christians throughout the world, wherever they may be, continue to pray for them. Because “the fervent prayer of a righteous person is very powerful” (James 5:16).

“Pray Adun and all of his teammates will continue to heal, learn and grow in this season of life. Pray the citizenship process for Adun will be completed successfully and quickly. Pray for this church, as they continue to minister to the needs in their community.”