Confession (and its seal of secrecy) is under attack 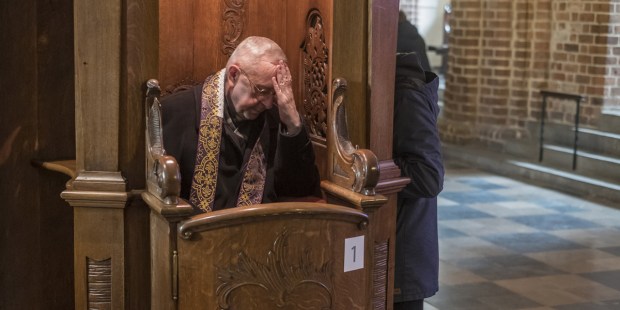 Proposed laws against the sacrament in India and Australia

In India, the president of the National Commission for Women (NCW), Rekha Sharma, has requested that the sacrament of confession be abolished. An article published at the end of July by UCA News explains that the federal agency has also proposed a federal investigation of two cases of rape and sexual violence, in which members of the clergy of two Churches are involved.

The occasion for this proposal, formulated by the president of the commission in a letter to Prime Minister Narendra Modi and to other members of his cabinet, is the “bizarre event” — thus described by Italian Catholic periodical Avvenire — of intimidation and blackmail of a young woman in Kerala, forced to undergo repeated and prolonged abuse by four priests of the Malankara Orthodox Syrian Church.

“The priests pressure women into telling their secrets,” says the president of the commission, who says this is “just a tip of the iceberg” and has recommended a federal investigation of the accusations of rape leveled by a 48-year-old Catholic nun against Franco Mulakkal, the bishop of the diocese of Jalandhar (or Jullundur), in the state of Punjab. The bishop has already been questioned by the police, and his arrest is imminent, according to local sources.

The reaction of the episcopate

The reaction of the Church in India was not long in coming. In a press release published on the website of the Catholic Bishops’ Conference of India (CBCI), Cardinal Oswald Gracias, Archbishop of Mumbai (or Bombay) and president of the organization, said he was “shocked” to read in the press about the NCW’s proposal.

“This demand by the Commission,” the cardinal says, “betrays a total lack of understanding of the nature, meaning, sanctity and importance of this Sacrament for our people; and also an ignorance of the strict laws of the Church to prevent any abuse.”

According to Cardinal Gracias, who is part of Pope Francis’ Council of Cardinals—better known by the abbreviation “C9”—created to help him in the reform of the Curia, “Such a ban will be a direct infringement on our freedom of religion guaranteed by the Indian Constitution.”

“Millions of people from all over the world, over the centuries, have testified to the spiritual benefit of this Sacrament and to the grace, pardon and peace they have experienced as a result of receiving this Sacrament,” Gracias added. The commission’s demand is “absurd”, he says, and it should abstain from “dabbling in religious matters about which it understands nothing.”

“It is none of their business to interfere with the religious matters of Christians,” added Bishop Theodore Mascarenhas, secretary-general of the CBCI, quoted by UCA News. “Generalizing and stigmatizing a whole community for the alleged misdeeds of a few people is totally unfair and uncalled for,” said Mascarenhas, who is also the auxiliary bishop of the archdiocese of Ranchi, in the state of Jharkhand.

The demand to abolish confession isn’t the only topic causing tension between the Indian authorities and the local Church. After a formal complaint by the Hindu nationalist party BJP (Bharatiya Janata Party), the Jharkhand police arrested last July 4 an employee of a home for unwed mothers run by the Missionaries of Charity in Ranchi, under the accusation of having sold a newborn baby to a married couple. One of the sisters was also arrested, and accused of being an accomplice; Indian authorities took the opportunity to order a blanket investigation of all the houses for children run by the congregation.

The superior general of the congregation, Sister Mary Prema Pierick, spoke out in a declaration reported on by AsiaNews, condemning “in unequivocal terms” the actions of the individuals in question, “which have nothing to do with the Congregation of the Missionaries of Charity.”

The 65-year-old German religious offers a precise account of what “actually transpired,” while lamenting the “myths being spread, information distorted and false news being diffused and baseless innuendos being thrown about regarding the Mother Teresa Sisters.” Sr. Prema describes the Indian authorities’ way of handling the situation as “distressing,” recalling how “only about two weeks before” the same authorities had described as “excellent” the environment which the sisters provided for the children.

Catholic activist John Dayal, ex-president of the All India Catholic Union, has also denounced the manipulation of the case for political ends—Narendra Modi, of the BJP, will seek re-election in the 2019 elections. “The government’s religious-nationalist supporters, the Hindu nationalist groups, have accused the Missionaries of Charities, and indeed the entire Church in India, of forcible conversions to Christianity, massive trafficking in children and other crimes,” explains the co-founder of the All India Christian Council. “There seems little doubt that the government of India, egged on by the [Hindu] religious nationalism, has decided to teach a lesson to the Christian community in India,” adds Dayal, quoted in the National Catholic Register. The government has taken a single, isolated case, he says, and turned it into a “a monstrous media storm.”

Attack on the sacramental seal in Australia

“Unprecedented” – that’s the word being used to describe the law proposed last June 7 by the Australian Capital Territory (ACT) of Canberra, which would oblige priests who become aware of cases of pedophilia through the sacrament of confession to report the crime to the competent authority, even though this would imply violating the secret of the confessional. In addition to the ACT, three other states have announced similar legislative proposals: Southern Australia, Western Australia, and Tasmania.

The law, which follows the recommendations of a report by the Royal Commission into Institutional responses to Child Abuse, published last December, was quickly criticized by the Australian Church, because it undermines a key principle of the Catholic faith: the confidentiality of the confessional, protected by canon 983 of the Code of Canon Law and confirmed by paragraph 1467 the Catechism of the Catholic Church.

In a reaction published in the Canberra Times, the Archbishop of Canberra and Goulburn, Christopher Prowse, observes that “breaking the sacred seal of confession won’t prevent abuse and it won’t help our ongoing efforts to improve the safety of children in Catholic institutions.”

Further, the archbishop asks, what sexual molester would confess to a priest, knowing he could be reported? “If the seal is removed, the remote possibility that they would confess and so could be counselled to report [themselves to the authorities] is gone,” Prowse writes, adding that “pedophiles carry out evil and unspeakable criminal acts. They hide their crimes; they do not self-report.”

Besides, the archbishop says, confession is anonymous and nothing guarantees that a priest will know the identity of a penitent—for example, there could be a screen in the confessional that hides the penitent’s face from the confessor’s sight.

Despite the risk of a $10,000 Australian dollar fine, a group of 600 priests has already announced that they will keep the secret of the confessional. Australian Confraternity of Catholic Clergy chairman Fr. Scot Armstrong, as reported by The Australian, said “any priest worth his salt’’ would “do everything necessary’’ to protect children, with the exception of breaking the sacramental seal. “is not merely a matter of canon law, but of Divine Law, from which the Church has no power to dispense. No priest is bound to keep any human law that attempts to undermine the absolute confidentiality of confession,” says the priest in a declaration published on the organization’s website.