Francis wants bishops who covered up abuse to be “held accountable,” affirms spokesman 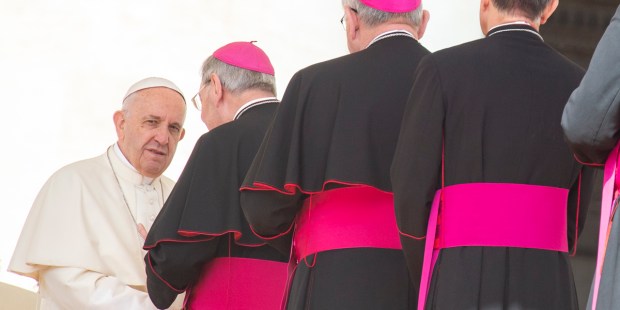 Pope Francis’ letter on sexual abuse demands that bishops who have covered up sexual abuse by clergy be held “accountable,” said today Greg Burke, director of the Vatican’s press office, in statements accompanying the release of the pope’s letter.

Read more:
Pope writes letter on sexual abuse: To the People of God …

The pope expresses “sorrow and shame” in the face of the “atrocities” of “abuse of power, sexual abuse and the abuse of conscience” committed against minors and vulnerable people.

“We showed no care for the little ones; we abandoned them,” he laments, noting that “these wounds never disappear” for the victims. Peter’s Successor recognizes that “no effort to repair the damage caused can ever be enough,” said Burke, underlining that the pope has met with many victims since his election.

Faced with this, continued the director of the Press Office, the pope believes “that it is urgently necessary that not only those who have committed the crimes, but also those who have covered them up, be held accountable.”

Burke goes on to mention that “in many cases, the latter are bishops.”

In June 2016, Pope Francis published the motu proprio “As a loving mother” to facilitate sanctions against bishops accused of negligence in their duties—especially on this issue of sexual abuse. Thus, in cases of pedophilia, a “grave lack of diligence” is sufficient for a bishop to be removed from his diocesan office. This possibility, however, has never been used; this was denounced by a victim, Marie Collins. This was the reason she provided for her resignation from the Pontifical Commission for the Protection of Minors in March 2017.

In addition to calling upon the Church’s institutions to “adopt the necessary protective measures,” the head of the Catholic Church is inviting all the faithful to help. According to Greg Burke, this includes “the traditional weapons for fighting evil: prayer and penance.”

Pope Francis’ letter—addressed to the faithful of the whole world, not of a particular geographical area—follows a report from a Grand Jury in the US state of Pennsylvania. That report counts more than a thousand victims of abuse by nearly 300 priests over a period of 70 years, since the 1950s. It also questions the way local bishops handled reports of abuse, noting they were often content to simply transfer incriminated priests from one parish to another.

The subject of sexual abuse will be addressed by Pope Francis during his trip to Ireland on August 25 and 26, Archbishop Diarmuid Martin announced in July.

Read more:
Praying the Jesus Prayer: Mercy with every breath