Israel is welcoming visitors with these new tourist attractions 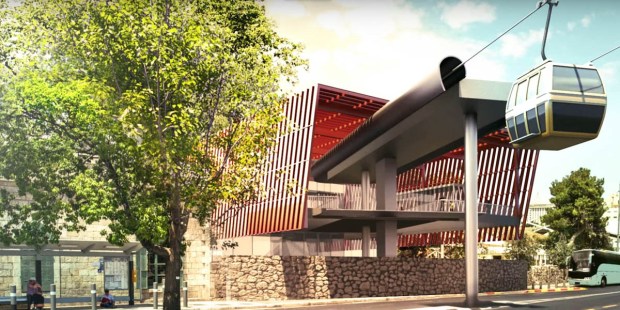 Investments in its infrastructure are expected to make travel to the Holy Land more convenient and enjoyable.

Tourism is booming in Israel, with a record 3.6 million tourists visiting the country in 2017 – a 25 perecent increase over 2016. Visitors come from all over the world to see at first-hand the country’s historical, religious, and archaeological sites and beach resorts.

But more crowds can mean more headaches. A recent article at the website Israel21c noted that the Israeli government is in the midst of several infrastructure projects designed to make travel within the country “more convenient, memorable, and accessible.”

Here are some of the new projects that are underway:

1. Cable car in the Old City of Jerusalem

One of the most popular attractions in Israel is the Old City of Jerusalem, which is visited by about 85 percent of tourists to the country, according to Israel21c. Heavy traffic, inadequate parking, uneven cobblestones and narrow passageways can make for a difficult travel experience.

A planned cable car, estimated to be operational 2021, is expected to alleviate all of these problems. With stops at the Mount of Olives, Mount Zion, and the Western Wall, airborne gondolas will carry passengers over the the Old City of Jerusalem’s walls each hour.

Instead of taking an hour, tourists will be able to make the trip between Israel’s two largest cities, Jerusalem and Tel Aviv in under 30 minutes. The project is expected to be up and running this fall.

4. A boutique hotel near the site of the Transfiguration

A 4-star hotel is in the works for the Bedouin village located at the foot of Mount Tabor. Featuring cuisine from Galilee, the hotel provides a comfortable resting place for those wishing to visit the site where Jesus and his disciples met the prophets Moses and Elijah.