Where does the name “Arizona” come from? 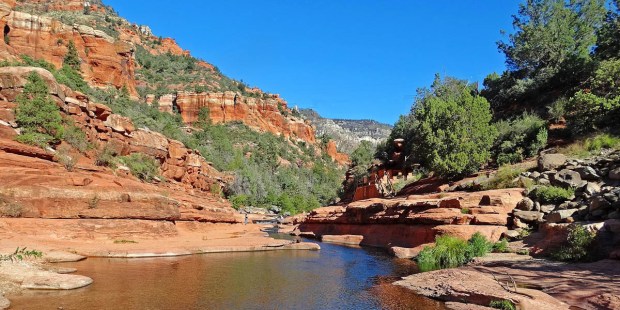 The curious Basque history of the name of a former Spanish colony.

The state of Arizona is famous for the Grand Canyon and other spectacular geological formations. On the west, it shares a border with California; on the east, with New Mexico; to the north, with Utah; and to the south, with Mexico, with whom it also shares the Sonora Desert.

And, like the other states in this area, it was discovered and colonized for the first time by the Spaniards, who gave it its name. This is evidenced by the first written documents in which the name Arizona appears. In 1736, the scribe Manuel José de Sosa wrote up an official record on the discovery of a huge silver nugget, on a ranch whose owner seems to have been of Basque origin, Bernardo Urrea.

There are several theories related to the name of this state. Traditionally it was believed that it came from the Spanish words “zona árida” (arid zone), and that the English name was a translation from Spanish. It was also speculated that it came from the words alĭ ṣonak, which in the O’odham language means “small spring,” or even the Aztec language, ari zuma, which meant “silver deposit” (justified by the findings of this metal, which drew many adventurers to explore the area).

However, in recent years, the historian and researcher Donald T. Garate, who died in 2010 and who spent many years writing about the history of that state, promoted the thesis that the origin of the name is Basque. He said it came from the words Haritz Ona, which in the Basque language means “good oak.” And in fact, Arizona is the biggest oak tree reserve in the region.

This is the favorite theory of the official historian of Arizona, Marshall Trimble, and is supported by the studies of William Douglass, a researcher specialized in Basque subjects at the University of Nevada-Reno. He also wrote a thesis on the subject in the late 1970s. One of the points that supports this hypothesis is that the place name Arizona is quite common in other places on the American continent colonized by Basques (in Argentina, for example).

The presence of Basque settlers throughout the Sonora area during the 18th century seems very solid and documented. Today, those places include Pima County and the city of Tucson, as well as Nogales, on the Mexican border. The region was extraordinarily rich in minerals, especially silver, and was divided into Spanish-style ranch properties for exploitation.

Even today, it is not uncommon to find in the local telephone directory last names such as Arizmendi, Teyechea, Garate, Norzagaray, Elizalde and Lizarraga, of families whose presence in the region is lost in history. Donald Garate, himself a descendant of Basques, dedicated his life to researching his own roots, and wrote more than 20 historical essays on the subject. He particularly investigated the figure of an outstanding Basque landowner in the region, Juan Bautista de Anza, about whom much more could be written.

So, the land of the “good oak” owes much more than it seems to its ancestral Hispanic roots, which are well worth discovering for the new American generations.