4 Reasons to commit to Christ despite it all 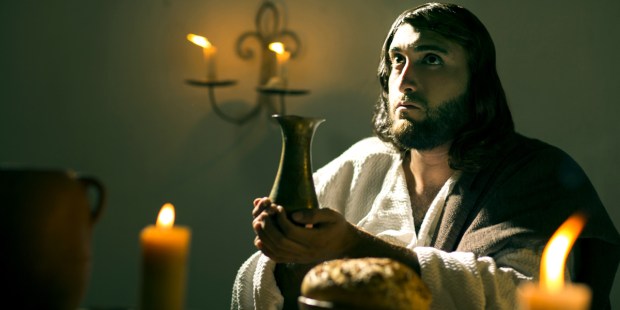 This Sunday’s readings finally give us the chance to make our decision.

Call it “commitment Sunday.” The readings for the 21st Sunday in Ordinary Time, Year B each present an opportunity to make a decision for Jesus Christ.

It isn’t easy. The Gospel makes clear that Jesus Christ himself knows that many of us would rather just walk away.

That is why, for the past five weeks, he has been preparing us to make this commitment. Over roughly the same period of time when headlines about the Church were turning dark, readings at Mass were pointing out where the light is, in a series of Sundays focused on the Eucharist.

We learned that Christ gives peace; that the Eucharist truly has the power to change us and that the Church is truly holy.

Now we come to the decision point. As many of his disciples walk away, Jesus turns to his apostles — and to us — and asks, “Do you also want to leave?”

Peter comes up with the first good reason not to go: There is no other good option.

“Master, to whom shall we go?” Peter says in the Gospel. “You have the words of eternal life. We have come to believe and are convinced that you are the Holy One of God.”

Peter can’t comprehend what Jesus is asking when he commands us to “eat my flesh and drink my blood.” He doesn’t like that Jesus has become so unpopular. But he does know that there is no other option available that is better than Jesus.

Peter is like the woman with the hemorrhage who pushed through the crowd to be healed by Jesus. She had “suffered greatly at the hands of many doctors and had spent all that she had. Yet she was not helped but only grew worse.”

Many of us today have also learned the hard way that there is no good answer out there except Jesus. So even when things get tough, and even when we don’t understand exactly what’s going on, we know that everything is worse without Jesus than with him, and so we stick.

Another reason to commit is because we have seen God’s greatness.

A similar decision point is give in the First Reading. Joshua has gathered the tribes of Isreal to hear his farewell speech before he dies.

He tells them: “Decide today whom you will serve, the gods your fathers served beyond the River or the gods of the Amorites. …  As for me and my household, we will serve the LORD.”

The people follow Joshua, and they explain why. “It was the LORD, our God, who brought us and our fathers up out of the land of Egypt, out of a state of slavery,” they say. “He performed those great miracles before our very eyes.”

Our experience is no different: Jesus took us out of a life of meaninglessness and into a life of light. We can each remember the prayers he answered and we can each forget the sins he forgave. He gave us peace of mind when nothing else could.

Read more:
What did Our Lady see in Jesus’ wounds?

A third reason to commit is because Christ is our model.

Nonetheless, in the Gospel, many of the disciples leave him and “return to their former way of life.”

The words are significant there: Their “former way of life” is the kind of life they led before Christ — not the changed life they led after they met him.

St. Paul loves to point out how Jesus Christ changes everything in our lives. In the second reading, from Ephesians, this is applied to marriage.

“Be subordinate to one another out of reverence for Christ,” he says. But after that, Paul has special advice for the wife and for the man.

If his words sound harsh, consider what polls say are the most common complaints spouses have against each other. Husbands say, “Women complain, criticize and nag too much,” and, “Women are too controlling.” Wives say, “Men don’t listen. They are only interested in one thing,” and “Men zone out and won’t help at home.”

Both are supposed to imitate Jesus Christ, who subordinates himself to us in the Eucharist and loves us selflessly on the cross. He is a model we can follow in every aspect of life.

Fourth, Jesus gives the ultimate reason to commit to him: He is almighty God.

Jesus in the end gives a reason to commit to him that is better than all of those.

“Does this shock you? What if you were to see the Son of Man ascending to where he was before?” Jesus tells those who leave him. “The words I have spoken to you are Spirit and life.”

Jesus isn’t just theoretically a good thing. He is actually God. Through him all things were created — each of us and everything we see, touch and taste, were made.

His will defines what is best for us. There is no life apart from him and no happiness but his.

But in order to love him, we have to be free, so still he asks: “Will you also leave?” He awaits our answer at every Mass.