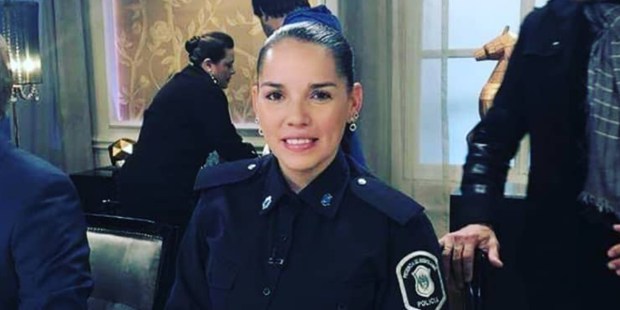 “It was a sad moment, it broke my soul seeing him like this,” Officer Celeste Ayala said.

Would you feed someone else’s baby? Police officer Celeste Ayala did without a second thought.

While on guard duty at the Sister Maria Ludovico hospital in Berisso, Argentina, officer Ayala noticed a baby crying and in great distress. It seemed that everyone else in the hospital was busy with other patients, overloaded with their work and unable to comfort the baby boy — who some hospital staff allegedly referred to as “smelly and dirty.” So, after asking hospital staff for permission, officer Ayala stepped in and offered the kind of comfort that only a mother can: her milk.

The baby boy was immediately comforted by Ayala’s warmth and kindness. Ayala’s colleague on the force, officer Marcos Heredia, was so moved by her generosity that he posted her photo on Facebook for the world to see.

“It was a sad moment, it broke my soul seeing him like this, society should be sensitive to the issues affecting children, it cannot keep happening,” Ayala told Spanish news source Cronica about the incident.

Acting as a true spiritual mother — as all women are called to be in our own, unique ways — officer Ayala used the gift of her breastmilk to comfort another woman’s child while he was in great distress. This story is a reminder that women’s bodies are remarkable, and that breastfeeding is truly an incredible gift for women and children alike. Pope Francis has been a longtime advocate of breastfeeding, and has referred to it as the “language of love,” and compared it to our Christian duty to feed the hungry around the world. Sensitive to the needs of the smallest, most helpless, and most overlooked around her, officer Ayala clearly took this opportunity to lovingly fulfill that duty in her own way, using her own unique gifts.

Read more:
A letter of encouragement to all breastfeeding mothers