The conversation that changed a high school lifeguard’s life forever 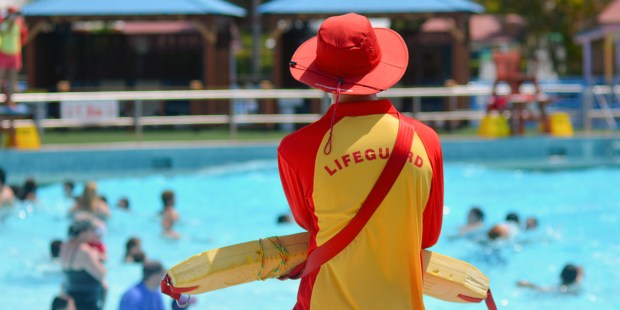 Our seemingly ordinary words and actions can have lasting impact on another person’s life.

The year was 1996. Rusty Schimmel had just started his senior year of high school. He had been working at an Easterseals Rehabilitation Medical Center pool for about a month, giving swimming lessons to children, including those with disabilities. After unsuccessfully looking for an after-school job that he enjoyed, he landed at this facility given his prior experience as a lifeguard.

Within days, he found himself really enjoying the work and the kids he was serving. He also began to interact with the therapists who were working with children in the pool, and found himself enamored by what they were doing.

One afternoon, a therapist whom Rusty had come to know stopped him and started to have a conversation. She had noticed how well he worked with the kids, and how comfortable they seemed to be with him. She told Rusty that she felt he had a particular set of skills that could one day translate well into a career as a therapist, and she thought he should consider this route.

After she left, Rusty couldn’t stop thinking about what she had said. The hours and days that followed were filled with reflection and discernment. As Rusty later noted, this conversation changed his perceptions of “who I thought I was” and “what my capacity could be.” Prior to this, he never considered that he had the skills to do something so life-changing, and yet the thought that “she believed I could do this” shattered his ideas about what his potential really was.

At the time, Rusty was a C student at Reitz High School. But as hours gave way to days, Rusty quickly realized that if he was to embrace this newfound calling, his grades were going to have to improve. And quickly. He set his sights on a competitive therapeutic program for college, and knew there was no way that he would be accepted given his current GPA.

And so, Rusty “buckled down” on his studies, and got nothing but As in his classes until high school graduation. Four years later, with just one B on his college transcript, Rusty graduated with an occupational therapy degree from the University of Southern Indiana. Today, he’s back at Easterseals Rehabilitation Medical Center as the vice president of assistive technology.

Every day, all of us have conversations with other people about lots of different things. Although few are likely as life-changing as Rusty’s was, most of us will never understand just how impactful what we say and do can be for other people. Partly because we’re often so engrossed in our own lives, and also because it takes time for our efforts to come to fruition. Never is this more evident than as parents, especially when we experience feelings of futility in what we do each day.

Yet when we consider the potential impact we can have on another person, it’s important to revisit just what made a difference for Rusty.

For starters, it was the simple things. The conversation that changed Rusty’s life was likely made possible by the fact that this therapist had taken the time to notice him, and just talk with him over a series of encounters. As Rusty noted, “I thought therapists were up here [raising his arms high], and I was down here.” But in taking the time to speak with him, and eventually acknowledging the similar skills the therapist saw in Rusty, she implicitly “broke through this barrier” and allowed Rusty to see that the limits he had set for himself were not embraced by others. In believing that Rusty could be a therapist, she shattered Rusty’s idea of what was impossible, and opened doors into a life that he would have never envisioned.

But as Rusty noted, this only seemed plausible because she took a genuine interest in what he was doing, and took the time and effort to offer feedback about what she had come to know.  Little did she realize that just a few minutes of her time would lead to decades of growth and opportunity.

Today, Rusty works to do the same for others. In his current position, he partners with others at Easterseals to shatter barriers that his clients may have embraced. Whether it’s working with technicians to outfit a motorized wheelchair for someone who only has the use of a few fingers, teaching driver’s training to kids with autism or cerebral palsy, or helping to design homes or workplaces for those with physical challenges, Rusty’s position, and that of his colleagues, is constantly about opening new avenues for those who may have been born or acquired deficits that kept leading to dead ends. Listening to Rusty tell his story, I could feel the love and excitement for what he does exuding through him. It was as if he had found his youthful calling. But all of it may never have happened had it not been for a simple conversation one day with a teen boy unsure of what his future held.