For a young Catholic in India, bitter memories of extremist violence 10 years ago 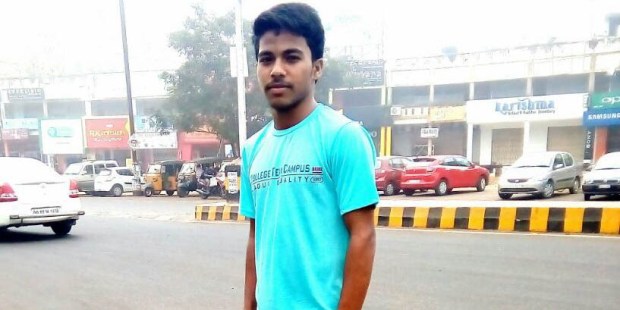 Now 19, he remembers the horror and fear of those weeks, which he confronted as a child.

It is the 10th anniversary of the horrific outburst of anti-Christian violence that, in August 2008, killed more than 100 Christians in the Kandhamal district of India’s Odisha State; the violence damaged or destroyed 300 churches and 6,000 homes, with 50,000 people ending up displaced. A nun was gang raped.

Tarun Kumar Nayak, 19, is a native of Odisha state who is pursuing a Bachelor’s of Science. He was both witness and victim of Hindu mob violence at the age of 9.

Here, Tarun describes the destruction of both his home in the town of Bamunigoan and his father’s tailoring shop—an incident that turned out to be a prelude to the murderous rampage in August 2008:

“Half of the people in my town are Christians, while the rest are Hindus. The residents of my town were peace-loving residents. People of both religions lived in great peace and harmony. They helped each other in celebrating the feast days of their respective religions. Life went smoothly until December 24, 2007, when an unexpected nightmare struck the village.

“We Christians had installed a Christmas arch across the road in the town. However, a group of 150 to 200 Hindus came to the town marketplace and demanded that the arch be removed. Then the protesters sought to close down the weekly market and all other shops in the area.

“When the Christian shopkeepers refused to comply with this, heated argument led to an outburst of violence. Some 20 Christian shops were looted and destroyed, and one Christian died.

“We had to flee from the town and find shelter in the thick forest. We had to walk miles in the dark to avoid being killed. We had to walk at least two days without food and water. Some of us even fell into pits and came across snakes. People of all ages, including newborn babies, had to face the winter chill.

“However, as the Bible asks, ‘If God is with us, who can prevail against us?’ None of us sustained even a major injury. We arrived in a village called Tamangi, where members of a tribal group gave us food and shelter.

“The fanatics were searching for my father, who was, until his death last year, the secretary of the Christian community. Even with his life at risk, he had remained in town, hoping to talk with the attackers. But he left town when conditions worsened. He walked through forests at least for 25 miles to get to a bus in order to reach a relative who lived in Berhampur, around 80 miles away. He had to hide himself for a week. We did not have any information on his whereabouts.

“We returned home after the local administration managed to restore peace. But my father did not return for five or six days. Believing that he was killed by the rebellion, we cried day and night, not because he was the only earning member of an eight-person household, but because he was my dear father, who never let us suffer.

“As a tailor, he was able to look after my mother, my siblings, and me. He sacrificed everything to provide us with a value-based education. And he played a vital role in the town and the Christian community. No meetings were held in his absence.

“Usually, our Christmas celebration would begin around December 20 and conclude with a picnic the first week of January. But in 2007, due to the communal tension, we did not celebrate. Fearing conflict, the district administration deployed two platoons of the Central Reserve Police Force (CRPF). The security personnel used to conduct marches in the town at least twice a day to restore people’s sense of security in town. Gradually, normalcy returned, and businesses were reopened.

“But then, on August 24, 2008, there was a horrendous outburst of violence following the death of the Hindu monk Swami Laxmanananda Saraswati. Along with four others, he was killed at his ashram in the district. Though Maoist guerillas claimed responsibility for the murders, Hindu fundamentalists assumed that Christians were responsible for his death and began attacking the local Christian community.

“Though so many died and despite all the destruction of property, no one betrayed Christ. We stood firm in our faith. We were able to face this terror only because God was with us.

“Then-Archbishop Raphael Cheenath of Cuttack-Bhubaneswar appealed to India’s Supreme Court seeking justice and compensation for Christians. The government gave some financial aid to those affected following the court’s order. Now things are under control in the district. Security personnel are being deployed during the celebration of any Christian festival to maintain law and order—but the memory and fear of violence still lives on.”

Since 2008 the pontifical foundation Aid to the Church in Need has helped in the relief and rehabilitation of the victims as well with the reconstruction of some of the 300 churches destroyed during the riots.

Last year, Aid to the Church in Need spent close to $7M in support of projects benefiting Christians in India, in particular Dalits, the lowest caste in the Hindu hierarchy, and “tribals,” also very much discriminated against by fundamentalists.