Claire Wineland, a champion for sick children, passes away at 21 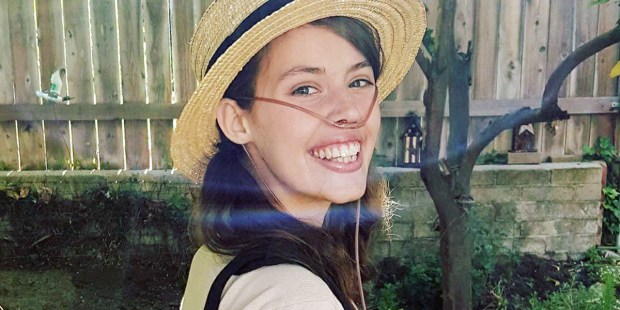 The young speaker became a social media star for her activism around cystic fibrosis and terminal illness.

In her 21 years on earth, Claire Wineland did more good for others than many do in 80. After founding her own non-profit when she was just 13-years-old, Wineland became a speaker, activist, and social media star, quickly winning over the hearts of many with her precocious wisdom and goofy sense of humor.

Her non-profit, Claire’s Place Foundation, Inc., supports young people with chronic and terminal illnesses and their families, inspired by Wineland’s own experience with cystic fibrosis (CF). After defying multiple life-expectancies of 10-, 15-, and 18-years-old, Wineland initially decided not to seek out a lung transplant after becoming a legal adult, an operation that can significantly prolong the life of someone with CF. But when her illness drained her energy so severely that she could no longer do the work she loved, she changed her mind and began the process of seeking out a double lung transplant.

On August 26, she received word that she was officially off the waiting list and going into surgery. “It’s a GO!!!” she tweeted to her followers.

Though the operation was initially successful, Wineland suffered a stroke due to a blood clot and died on September 2, 2018 at age 21. According to the board chair of Claire’s Place, she died painlessly with both her parents at her side.

Words of love and gratitude have filled social media since Wineland’s passing, and those she has helped and encouraged will not soon forget her. Among her many words of wisdom, Wineland once said, “Beauty is found everywhere and once you stop trying to run from your life, once you start taking pride in it and learning how to give back, you will be completely free.”

Read more:
What living is like when you’re slowly dying