China may end all limits on family size 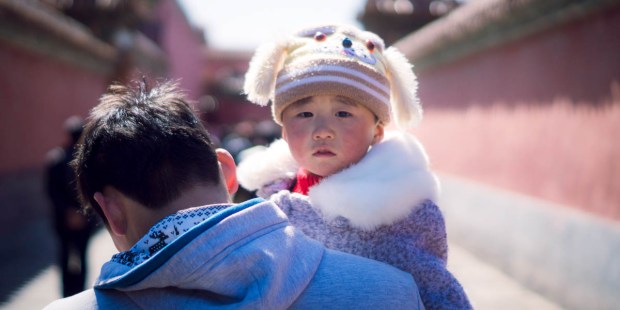 Restrictions on the number of children Chinese couples can have could be removed.

Facing the economic effects of an aging population and a decreasing birth rate, the Chinese government may be ready to do away with all policies limiting the size of families, according to a CNN report.

Restrictions could be relaxed or completely removed under a new proposed reform to the country’s Civil Code, which, according to a statement released by the National People’s Congress would change laws regarding family-size limits.

The new revisions, which, according to CNN, are not expected to be completed until March 2020, “will no longer retain the relevant content of family planning,” read the statement.

Two years ago the regime relaxed the country’s decades-old “one-child policy,” and allowed families to have two children. Despite the change, births fell 3.5 percent last year. In 2017 China’s fertility rate was well below the replacement level, at only 1.6 children per woman.

Furthermore, the country’s aging population has government officials concerned. Government projections estimate that 25% of the population will be 60 or older by 2030, an increase from 13% in 2010.

China also has the most skewed gender ratio in the world, with 34 more million men than women, or 1.15 males for every female.

After easing the policy, the Chinese government has show signs of actively promote childbearing. Last month, for example, the official Chinese Communist Party newspaper published an article entitled, “Giving birth is a family matter and a national issue.”

China’s strict one-child limit was instituted in 1979 by the Communist regime to control population during a time of economic crisis. As a result of the restrictions, China’s fertility rate dropped from six children per woman in the 1960s to fewer than two in the 2000s.

Human rights observers contend that oppressive measures were used to prevent women from having children, including forced abortions and stiff fines.

“I think every family in China has been touched by the family planning policy, every Chinese family can tell you about the mother, or aunt, or uncle, who had been forcibly aborted or given away,” Maya Wang of Human Rights Watch told CNN.