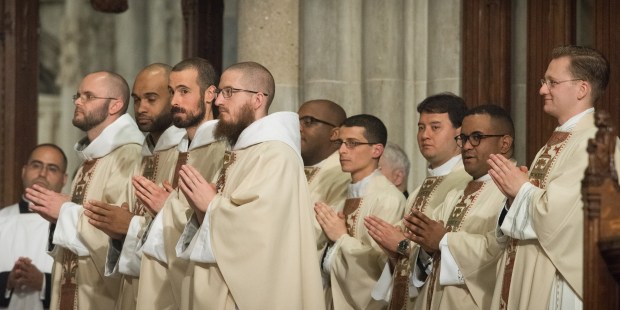 Celibacy does not lead to sexual abuse, said Father Hans Zollner, a member of the Pontifical Commission for the Protection of Minors (PCPM), in an interview with the Australian website Catholic Weekly published September 5, 2018.

According to Father Zollner, a Jesuit, the Church now has the “willingness to really act” to fight against sexual abuse by members of the clergy. He points out that the Australian episcopate accepted “without any discussion” 98% of the suggestions made by a Royal Commission on the subject. In addition, people have been trained, resources allocated, and procedures put in place.

Studies have shown, noted the Jesuit, that 95% of all abuse in Australia is committed by members of the family circle, and 99.9% by non-celibate people. Thus, he insisted, “there is no causal effect between celibacy and child sexual abuse.”

In addition, Father Zollner noted, at least 95% of priests have never committed abuse, showing that celibacy “obviously does not lead to abusive behavior as such.”

Another fact noted by the PCPM member is that the average age when someone who is not a priest first engages in sexual abuse is 25. In the case where the aggressor is a priest, he commits his first abuse at the age of 39, on average. For the Jesuit, while celibacy “does not lead” to abuse, it can become a risk factor “over time” if it is “not lived out, not integrated into a healthy lifestyle.”

During the interview, Father Zollner also explained that sexual abuse “destroys the very basis of trust” in its victims. It can also create “psychological disturbance” and “feelings of guilt.” The first need victims have, he explained, is to be “listened to,” especially by someone from the Church hierarchy if the abuse was committed by a consecrated person.