A new Labor Day tradition is being created among the scenic Appalachian mountains, and it has fast-become one jam-packed gathering, full of good food, great music, and some of the finest company to be found on the East Coast. Making its home in Front Royal, Virginia, the Appaloosa Roots Music festival was founded just a few years ago by the town’s native sons, Dan and Alexander Fedoryka, members of the folk-rock band Scythian, and it has quickly grown in participation and appreciation.

“When we first started this we were just a band. We weren’t really a production company but we wanted to do something to create community through music.” Alex Fedoryka commented as he left the stage after playing a set, covered in sweat and beaming the smile of a man who is following a true vocation. “It was amazing how everybody just rallied behind the roots music.”

Indeed, the people of Front Royal have heartily endorsed the event, which drew a crowd of over 6,000 in its fourth year. The festival is run almost entirely by volunteers from the area. “We have over 250 volunteers and 40 managers and that’s all good will,” Alex boasted proudly.

Non-stop activities and plenty of food vendors help to fill the three-day affair. The main festival area is a large field with two stages. As one band plays their set the other stage readies the next act, so the music never stops. A merchants’ pavilion, formed by dozens of vendors and local craftsmen, sells everything from musical instruments to beautiful books, hand-bound in the traditional style of medieval monks.

Festival food vendors and trucks offered a wide spread of traditional fair food (funnel cake, fried Oreos, mac and cheese) plus everything from hot dogs and sausage to Peruvian sandwiches and Lebanese dishes. One could eat at a different spot every meal and still not have tried every gustatory offering on hand.

Appaloosa is a family-friendly venue, and it offered plenty for the little ones to do as well, including a smaller stage — away from the blare of the main speakers — where more child-oriented music was offered and bands like The Hillbilly Thomists gave workshops demonstrating to children the skills required to play Roots music.

When you get here, and all the thousands of tasks get done and you see everybody, the first chord gets hit in the morning and everyone’s smiling, that’s when it translates to ‘Oh wait. This is what it’s all about.’ For us it’s music among friends. The Roots music I think fosters that. We’re in our home town. The idea is that so many of the friends we’ve made on the road and bands who we’ve made friends with, we want to share them with our community and the friends we grew up with. But you know what? Our fans come in, too. So it ends up being something so much larger than the sum of its parts. It’s a festival about Roots music. We feel that this music is so authentic and draws out the best in people and we see that embodied here in Appaloosa. When you finally walk around the grounds and see everybody it’s humbling and one of the most rewarding things I’ve ever been a part of. It was worth the work and sweat.

One of our favorite aspects of Appaloosa, besides the unceasing rotation of talented musicians, is the Catholic Mass offered on Sunday morning, this year celebrated by Michael Burbidge, Bishop of Arlington. With a choir down from the University of Virginia to perform beautiful sacred music, over 700 people gathered in and around a large tent, set up outside the ranch, to share in the community of the faith.

Asked how he liked Appaloosa, Bishop Burbidge said, “It’s wonderful! We’re all here to sing and praise the goodness of the Lord. It is such a great gift to see so many of our families here together. It’s such a beautiful setting and what a privilege to begin the day with Mass. What a great witness that was offered as we look at God’s beautiful gift of creation.” Then, with tongue in cheek, “And the rain stopped. Yeah, I want to take some credit for that.”

After the Mass, we caught up with Dan Fedoryka, who was happy to share his elation at the large turnout:

I’m thrilled. People are coming out of the camp grounds covered in dirt and smelling like smoke and just wandering into a tent where the Bishop is saying Mass. As a festival director all I can say is our ‘headliner’ is out of this world. That’s why we did sacred music today. This is the roots of the sacred music tradition in the Church.

Dan shared that while it’s hard to attend Mass every day as a touring musician, there’s one tool he has found invaluable to keeping his faith fresh, “Believe it or not, Magnificat has changed my life. I can’t get to Mass during the week all the time, so we do daily readings and meditations. It’s kinda awesome. When you’re on the road you also have to go Adoration and sort of double down.”

The Diocese of Arlington was kind enough to post Bishop Burbidge’s homily from this year’s festival: 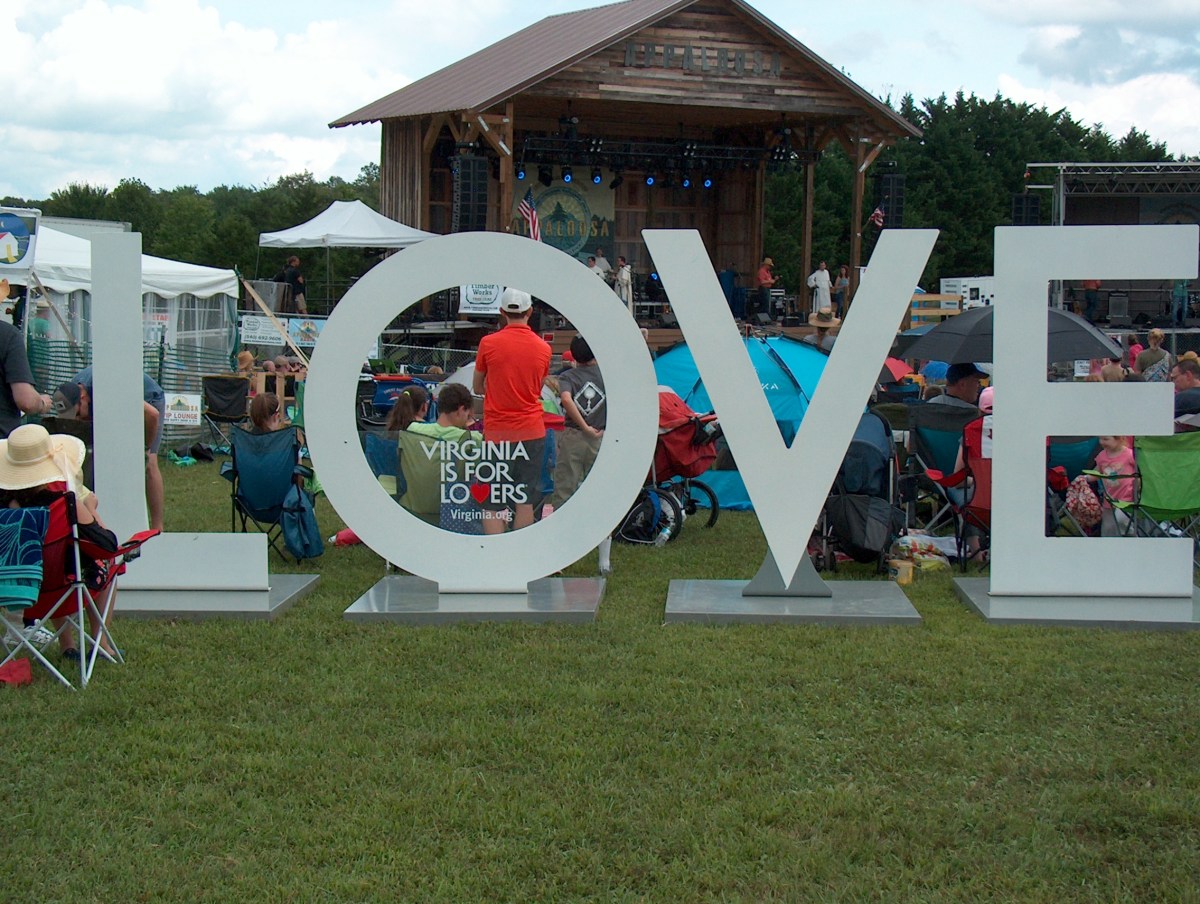