Why is it so hard for teens to say no to drugs and alcohol? 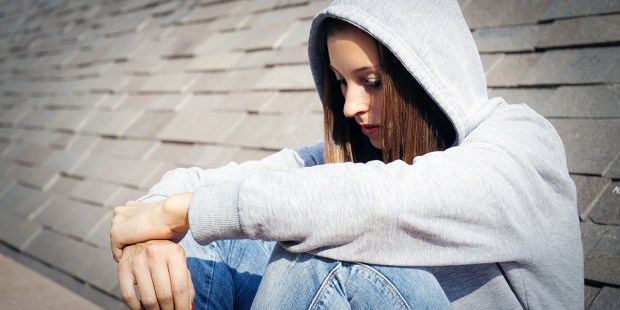 A psychologist outlines the characteristics that make a teen more vulnerable to poor choices.

Drug abuse is a serious social problem in the world today because of the impact it can have on the health and well-being of society. Adolescents are one of the demographic groups most vulnerable to this danger.

The United Nations Office on Drugs and Crime (UNODC) has highlighted the importance of knowing and understanding why this group is more inclined to drug use, as well as the serious risks it involves, so strategies can be devised to help prevent and respond to the problem.

According to a study by the UNODC called “Drug abuse in adolescents and young people and family vulnerability” (available only in Spanish, here), there is “sufficient epidemiological information to support the assertion that adolescents are the people most vulnerable to the use of legal, illegal, and medical drugs, given that their identity is still in formation.”

Why are teens more susceptible to drug abuse?

To begin with, teens are more susceptible because of their stage of physical and psychological development. Some typical characteristics of teens that make them more vulnerable include:

Feelings of invulnerability. The physical and hormonal changes experienced by adolescents, including growth in stature and increased muscle mass, give them a certain feeling of invulnerability and strength, which leads them to engage in risky behavior.

Curiosity. Adolescence is a period of change and learning that can awaken young people’s curiosity and the desire to experience what it feels like to be under the influence of drugs.

Imitation. The first place children look for an example is in their home. If their parents drink alcohol to excess or smoke tobacco or marijuana in their presence, it can make their children more likely to do the same. Of course, teens also look to their peers for behavioral cues, so if they spend time with other adolescents who use drugs, they are much more likely to try them.

A desire for independence. At this age, children tend to distance themselves from their family environment to strengthen their relationships with other teens, where they can more easily share their ideas and feelings.

There are other risk factors to take into account, which are not exclusive to teens, such as:

Family problems, such as divorce;

Warning signs for parents and educators

There is a series of changes in the behaviors and habits of teens which can be signs of drug use. It’s important to keep in mind that some of these changes are typical of adolescence, and aren’t necessarily related to substance abuse; the symptoms have to be considered in the overall context of the teen’s behavior. Some of these warning signs are:

– Irritability and the appearance of aggressive behavior

– Bloodshot eyes, dilated or constricted pupils (depending on the drug used)

– The appearance of dishonest or destructive behavior, such as lying, stealing, etc.

The best prevention is always the closeness of parents and educators. First and foremost, parents need to take care of their own health and relationships with each other and with their children. If they provide education and emotional support, and teach their children values by putting them into action, they will give their children a definite advantage. Also, any suspected psychological disorder should be checked and, if a problem is identified, seek treatment as soon as possible.

We can’t force our children to make good choices, nor can we protect them from every danger in the world, but our love, example, and vigilance can provide a solid foundation for them during the difficult period of adolescence and throughout their lives.

Read more:
Drug use and its 10 most harmful consequences

Read more:
Drug use: What’s the difference between addiction and dependence?