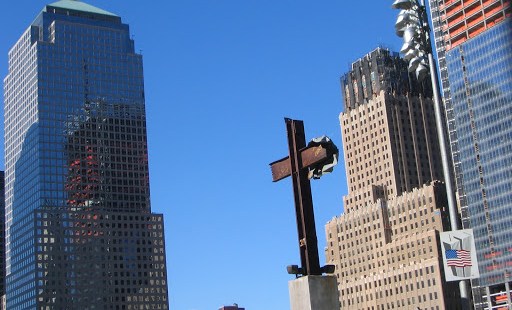 On Sept. 11, 2001, longtime CBS News writer/producer Greg Kandra arrived at the network’s West 57th Street New York City office, having mentally run through the things he had to do that day.

Immediately, he noticed his colleagues looking out the ninth floor window towards downtown Manhattan. Everyone could see the smoke from where the unimaginable had happened: two airplanes crashing into the Twin Towers. The day’s plans were quickly put aside.

During a “Christopher Closeup” interview, Kandra recalled, “I got called to go over to the newsroom, to write special reports for Dan Rather for the rest of the day. And I watched those towers fall again and again and again over the next 12 or 13 hours that we were there, writing special reports. We were there until a little after 1:00 in the morning…It was very intense and very sobering.”

Until that day, Kandra had been a Catholic who checked off the requisite boxes of going to Mass every week and on special holidays, but there wasn’t any real depth to his faith life. That began to change in the days that followed.

He said, “Living through the aftermath of 9/11, especially when you were in New York and seeing the constant reminders – the missing posters…the endless funerals – I came to realize that everything that I had, everything I had worked for, everything I had achieved, could be gone in a heartbeat…So it started me thinking more seriously about my faith, which as you mentioned, I was sort of a casual Catholic. I went to Mass every Sunday and that was about it. But I started thinking more deeply about my faith…I felt that there was something more that I needed to be doing with my life. This just wasn’t enough. And that sent me on my journey.”

That journey was moved along when Kandra started reading a book that his father-in-law had given him a few years prior: “The Seven Storey Mountain” by Thomas Merton. It’s message “hit me right in the gut,” he says, because Merton was also a New Yorker who had undergone a similar kind of conversion, eventually becoming a Trappist monk.

Being a married man, Kandra wasn’t going to become a monk, but he did begin attending retreats at a Trappist monastery in Georgia, The Monastery of the Holy Spirit. And during one of those retreats he met a deacon who preached in English, Spanish, and French. Kandra had never encountered a deacon before and became captivated by this ministry within the Church. “Something just told me, that’s what you should be doing.” And so he did it.

Kandra is, of course, Deacon Greg Kandra who has been writing the popular blog “The Deacon’s Bench” for many years, and who now has a book called “Daily Devotions for Advent 2018.” Deacon Greg is also a Christopher Award winner for the Naudet brothers documentary film about 9/11 – and he has won awards as multimedia editor for the Catholic Near East Welfare Association (CNEWA).

Deacon Greg believes that his past work experience as a storyteller has made him a more effective minister of God. He says, “That was one of the things that really spoke to me: the opportunity to be able to preach, to be able to take what I had learned at CBS and in all my journalism background – the telling of stories, the sharing of experiences – and bringing that to religious life…That was always in the back of my mind as I was going through formation…I think it was John Paul who said something that I quote periodically when I give retreats: that people no longer respond to teaching. They respond to witness…They want people who can witness the Gospel and share their personal experience and make that come alive for people. And certainly that’s something I’ve seen in my preaching and in traveling around the country and speaking to people. It’s the narrative, it is telling a story that really rivets people and touches the heart.”

Not only does Deacon Greg inspire others through the stories he shares, he also finds inspiration in the ones he hears at CNEWA. He concludes, “CNEWA is a papal agency that does humanitarian and pastoral work in the Middle East, Near East, northeast Africa, and parts of India. A lot of the work that we do now is for refugees and people who have been in flight and been displaced because of war, because of ISIS. We’ve dealt a lot with persecuted Christians and it’s so inspiring to hear their stories and hear them witness to their faith. It’s humbling to see what they’ve been through and yet their faith is unshakable. It is so grounded. It’s beautiful.”

(To listen to my full interview with Deacon Greg Kandra, click on the podcast link):