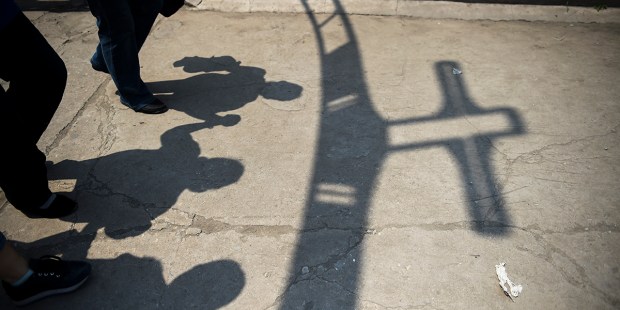 In Beijing on Sunday, a Christian church that is not registered with the Chinese government was shut down. Far from a secretive operation done in the middle of the night, the operation was carried out at 4:30 Sunday afternoon by about 60 government workers. Buses, police cars and even fire trucks pulled up to the church, which is Beijing’s largest “house church,” or unofficial place of worship.

It was one example of what appears to be a new wave of crackdowns on religion in China.

Under Xi Jinping, whom many observers have described as China’s most powerful leader since Mao Zedong, there is a drive to “Sinicize” religion by demanding loyalty to the officially atheist Communist Party and eliminating any challenge to its power over people’s lives, the Associated Press reported. In February, a new law, “Regulations on Religious Affairs,” came into effect, requiring all venues for religious activities to be registered pending administrative inspection and government approval. All other religious gatherings are identified as illegal.

Zion’s main church, in a shopping center in Beijing, drew some 1,500 worshipers each Sunday. It had rented space in the shopping center under the name Jianweitang Culture Co. Ltd. since 2007. The landlord in 2013 had promised the church a 10-year commitment when it needed a tenant to occupy the third floor, recently vacated by a nightclub. But in March of this year, a month after the new regulations came into effect, the shopping center began to experience external pressure to evict the church, and the church itself began to feel the heat. The government ordered surveillance cameras to be installed, and when the church refused, water and electricity were cut for a short time. There were interruptions to the church’s social media platforms. Its six satellite centers were shut down.

And now, on Sunday, officials declared gatherings at Zion’s main church illegal and sealed off the property, according to the pastor, Ezra Jin Mingri. The government had already frozen Jin’s personal assets in an apparent attempt to force him to comply with their demands.

The eviction in Beijing was not unusual, according to the St. Charles Institute, a Christian, non-profit human rights agency based in St. Charles, Illinois. Since the beginning of 2018, there have been multiple incidents in other Chinese cities of landlords cutting leases short in order to evict individual Christian tenants or churches. The reason given is the tenants’ engagement in “illegal religious activities,” namely evangelizing, communicating between believers, and holding Sunday services.

There have been reports of other new pressures from around the country as well:

In Beijing, Pastor Jin remains hopeful, however. “Churches will continue to develop,” he told AP. “Blocking the sites will only intensify conflicts.”