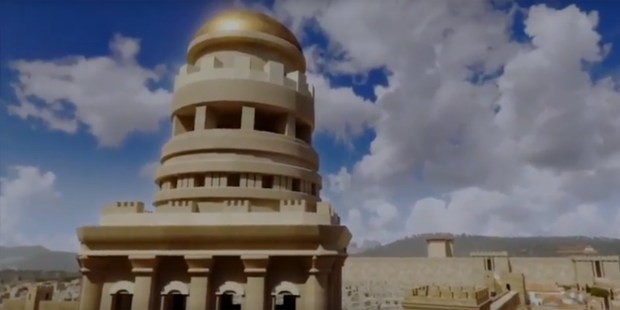 Walk through the city as it was in the 1st century B.C.

Athens, Rome, and Jerusalem are some of the most wanted travel destinations for anyone interested in historical tourism. But despite well-preserved ruins and centuries-old architecture, it is hard to actually imagine what it must have been like to take a walk down their streets 2,000 years ago.

Now, Australian start-up Lithodomos VR will offer visitors the chance to actually see how ancient cities looked hundreds of years ago, thanks to virtual reality tours based on architectural reconstructions done by professional archaeologists.

The Tower of David Museum in Jerusalem’s Old City will launch a VR tour of the city for the holiday of Sukkot, a Jewish holiday that celebrates the gathering of the harvest, which this year takes place September 23 to September 30.

Thanks to a collaboration with archaeologists from the Israel Antiquities Authority, Lithodomos VR created a simulation of parts of Jerusalem as they looked in the 1st century B.C., when the city was ruled by King Herod. That’s also when Jesus was alive, which means visitors will have a chance to actually “see” the city through his eyes.

“Especially with Jerusalem, I think the biggest challenge was getting it right,” Lithodomos VR founder Simon Young told the Miami Herald. “There’s a lot of different opinions about how Jerusalem looked in the ancient world … Of course, we want to do justice to Jerusalem and to make it as accurate as possible.”

The tour will offer VR re-construction of nine historical interest points including the citadel, the Old City’s Jewish Quarter and the Second Jewish Temple. At each point, visitors will simply need to wear their VR goggles to suddenly see ancient ruins turned into soaring towers or buzzing marketplaces. According to an Australian tourist who tested the tour ahead of his launch, the experience can actually make the stories about the city “more real.”

The initiative is part of The Tower of David Museum’s innovation lab, started in 2017 to provide visitors with enhanced learning experiences.