Who will take care of my special needs child when I’m gone? 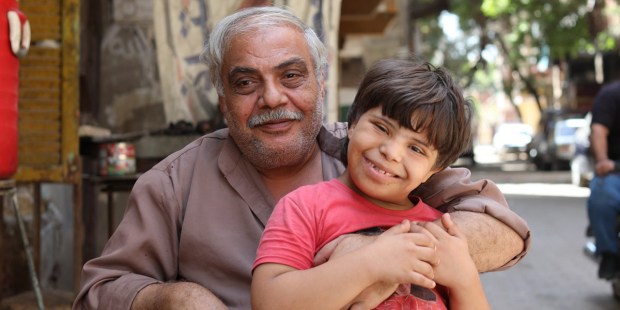 The heartbreaking story of a father and his special needs son was featured on Humans of New York.

It’s a worry, and question that all parents of special needs children confront regularly, sometimes every day, sometimes every second. Yes, my child has all my care and love now, but what will happen when they’re all grown up and I’m not here? Will they be able to function in the world after I’m gone? Will anyone ever love them and care for them as much and as well as I do now?

This heartbreaking dilemma was brought to bear recently in a Humans of New York post, featuring an Egyptian father of a special needs boy named Ibrahim. When Ibrahim’s mother was pregnant, the doctors suggested she abort the baby. His father — who is referred to as “Papa” in the post — said they refused: “I wouldn’t hear it,” he said.

When Ibrahim was born, he weighed just three pounds and needed 16 ounces of milk a day. That was expensive, and Papa would skip having his own breakfast to be able to afford it. The family has four older sons, but Papa explained that he loves Ibrahim “a little bit more because he needs it a little bit more.” What follows is a both a testimony of a father’s unconditional love for his boy and a plea. And most definitely a prayer.

Anything that I have, I will give him. I only worry what will happen when I’m gone. I’m getting old. I had a major heart episode two weeks ago. I collapsed in the street and all I could think about was him. My wife can’t support him alone, and I’m afraid other people won’t be as nice to him. If someone makes him angry, he’s very difficult to control. But I have patience. I’ll hold him. I’ll pat him on the shoulder. I’ll do whatever he needs. I just hope he’ll always have someone to do the same.

Hopefully, this story is not as sad as Papa’s worries. There are other family around, especially the four older brothers. As one commenter put it succinctly: “Children become adults one day … they can care for their brother and mother. It’s what families do.” Amen to that, and a prayer that it turns out to be true.