This 14th century Bible picture book was created for the illiterate

The Holkham Bible is believed to have been written and illustrated in between 1325 and 1340, in London. It is widely recognized as one of the most exquisite Bibles penned in the Gothic era. While the book contains a light narration of biblical stories in Norman French, it was originally created as a visual aid to help illiterate people better visualize biblical stories. Its use of illustrations of contemporary England provides an insight into medieval life.

Biblical events depicted include scenes from the Book of Genesis, the story of the Gospels, the temptation of Christ, and the final book of the Bible, Revelation, as well as episodes from the apocryphal gospels pertaining to Jesus’ early life. Each story is depicted as a series of panels, in a style that influenced modern comic books and graphic novels.

This Bible was created for an unknown Dominican friar who is depicted at the opening of the book, directing the illustrator, “Now do it well and thoroughly, for it will be shown to important people.” 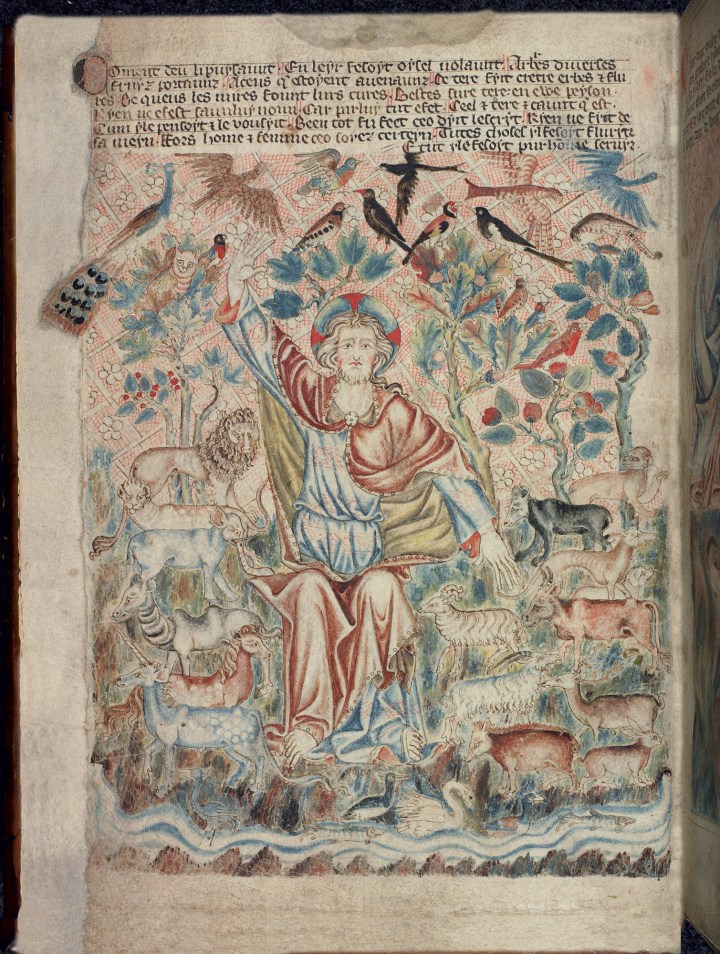