Why Buenos Aires has its name: The miracle of a chest lost at sea 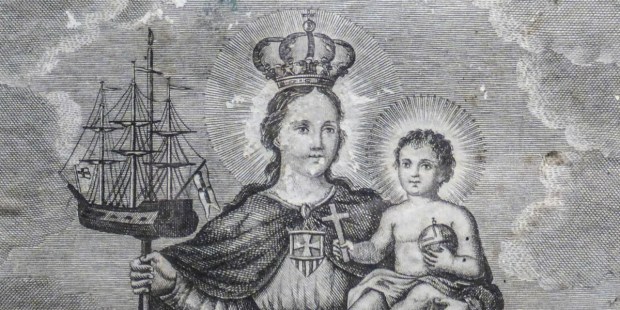 Sailors invoke Our Lady of Bonaria, and with good reason.

There are numerous miracles that have taken place within the 800-year history of the Mercedarian Order, including that of St. Peter Armengol, who gave himself over to the Moors to save another. He was hanged from a tree only to be found alive six days later. He told everyone that the Blessed Mother had held him up the entire time. When they took him down, he smelled like roses. Another was St. Raymond Nonnatus, the saint who was never born.

Some mornings ago, I attended Mass offered by a friend of mine; he is a Mercedarian priest, and his name is Fr. Daniel Bowen. After Mass, he, I and several others had breakfast together. During breakfast, Father Daniel began to tell the story of Our Lady of Bonaria, who became the Patroness of Sardinia. It was a story I had never heard.

Tradition says that on the Feast of the Annunciation, March 25, 1370, a ship sailing from Spain to Italy was caught up in a terrible storm off the coast of Sardinia. The sailors were sure the boat was going to sink, so they began throwing cargo over the sides to lighten the load.

The last crate was unbelievably heavy, and the sailors could barely lift it. As soon as they managed to get it over the side and it hit the water, the storm stopped, the winds subsided, and the sea turned calm. They tried desperately to retrieve the crate, but it disappeared. Days later, and unknown to the sailors, the crate washed up on the shore of Sardinia at the foot of a hill called Bonaria.

There was a large crowd of people on the beach when the big wooden box floated onto the shore. They all hurried to see what it might be. Try as they might, they could not open nor move it; it was too heavy. A child in the crowd cried out, “Call the Mercedarians. They will be able to open it.”

The nearby church and monastery had been under the care of the Mercedarians since 1335. The people hurried to the church and asked the friars to come with them to see the mysterious crate. When the friars arrived at the beach, they were able to lift the box with hardly any effort.

They then carried it to the church and, in front of a large crowd of curious people, opened it up without a bit of trouble. What they found inside the box amazed everyone there. It was a statue of Our Blessed Mother holding the Christ Child. In the Virgin’s left hand was a candle. The candle was lit.

Unknown to those present they had just witnessed the fulfillment of a prophecy. When the church was built in 1330, Father Carlo Catalan was the ambassador to the Aragonese Court. During the dedication, he told the monks, “A Great Lady will come to live in this place. After her coming, the malaria infecting this area will disappear, and her image will be called the Virgin of Bonaria.”

The friars, recalling the words of the priest, named the statue “Our Lady of Good Air.” They named it this because of the winds that had blown the statue across the sea to them. Due to the miracle word spread quickly among the people.

To this day sailors invoke the Blessed Virgin as their protectress, and the devotion is practiced in many places around the world. The founder of Argentina, Pedro de Mendoza, named the capital of the country after Our Lady of Bonaria, calling it Buenos Aires (Holy Mary of the Fair Winds).

In 2008, Pope Benedict XVI, on the Feast of the Nativity of Mary, visited the shrine and gave a canonical coronation to the famous statue. He also bestowed the Golden Rose on the Shrine.

Pope Francis made an apostolic visit to Sardinia in September 2013.

The Mercedarians have staffed and continually cared for the Shrine of Our Lady of Bonaria for over 680 years.